Explosive century in 21 minutes and 27 balls, the rain of fours and sixes caused havoc, the bowler gave away 130 runs in just 6 overs 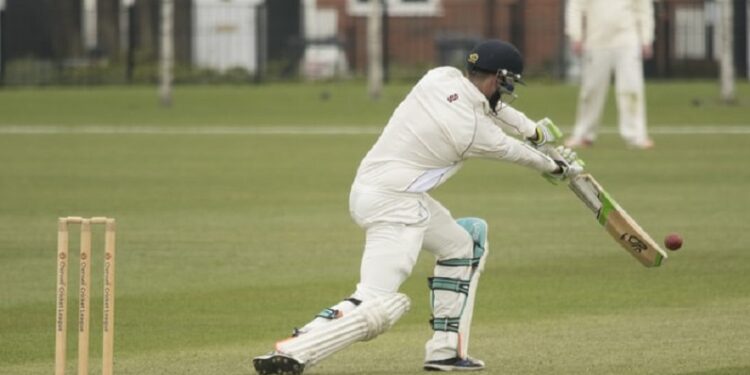 If you want to understand the devastation caused by this batsman on the field with his bat, then just take a look at the bowlers’ statistics.

Glenn Chappell hit fours and sixes in every corner of the field in this match. (symbolic picture)

Team India’s batsman Cheteshwar Pujara’s slow batting was in the center of much criticism during the Indian cricket team’s tour of Australia last year i.e. 2020. In many innings, it takes 20-25 balls or so many minutes for Pujara to open the account. But let us tell you that in as many times as a batsman is able to open his account, in that time a batsman had scored a century, then it will take some time for you to believe it. it had been. And the batsman we are talking about accomplished the historic feat of scoring a destructive century in just 21 minutes of play and 27 balls. During this, there was such rain of fours and sixes that everything from the expressions of the bowlers to the figures of their career got spoiled badly.

Actually, we are talking about Glen Chappell. The same Chappell who played this charismatic innings on the same day i.e. 19th July. This match was played in the year 1993 against Glamorgan at Old Trafford. Chappell was playing for Lancashire. During this, Chappell equaled Mark Pattini’s record of fastest first-class century by scoring a century in just 21 minutes and 27 balls. During this, the condition of two Glamorgan bowlers got very bad. Of these, Tony Kote conceded 121 runs in just 6 overs. There was no over maiden in this and no wicket could be recorded in his account. At the same time, Matthew Maynard spent 110 runs in 6 overs. Maiden could not even bowl an over, but he definitely got a wicket. In this way, Lancashire declared the innings by scoring 235 runs in 12 overs, thanks to Chappell’s 109 runs.

More than 8 thousand runs and 985 wickets

England’s right-handed batsman Glenn Chappell has played only 1 match for the national team. In this, he scored 14 runs and did not take a single wicket. Now let’s take a look at his first-class record. Glenn played 315 first-class matches, scoring 8725 runs in 436 innings at an average of 24.16 while remaining unbeaten 75 times. In this, his highest score was 155 runs. At the same time, 6 centuries and 37 half-centuries were also in his name. He also accomplished the feat of taking 985 wickets in first-class cricket. At the same time, in 283 List A matches, he scored 2062 runs at an average of 17.77. Nine half-centuries were part of them. The highest score in List A was 81 not out. Glenn also made his victim in List A cricket with his balls to 320 batsmen. Not only this, he also participated in 66 T20 matches. Apart from scoring 301 runs, 68 victims were recorded in his account as a bowler.