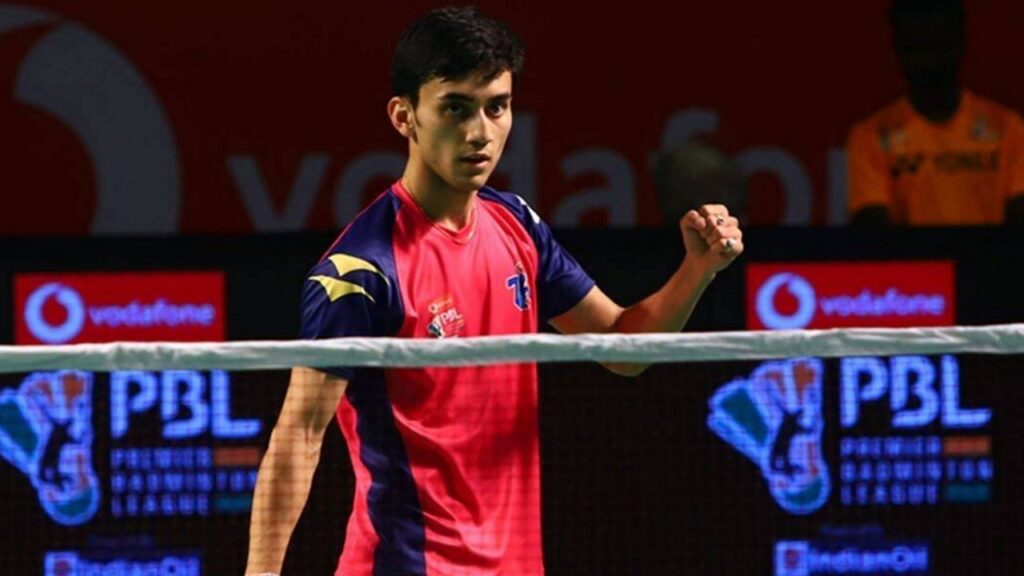 Lakshya Sen has been the best performer among Indian male badminton players in recent times.

In the last few years, it has become clear that the performance of India’s leading badminton players Kindabi Srikanth and B Sai Praneeth has weakened. Now the responsibility of the country’s number one shuttler has come to Lakshya Sen. So badminton lovers got a big shock when Sen could not be selected for Sudirman Cup and Thomas Cup. The Sudirman Cup was held in Vantaa, Finland in the last week of September, while the Thomas Cup ended in Denmark on Sunday. The official stand was that Sen joined a four-day selection trial in the last week of August. But, he lost his first match in the round-robin group stage match. He was defeated by Sai Charan Koya, an almost unknown name in the game of badminton. Koya’s Badminton World Federation Ranking (BWF) is 1414.

In fact, Sen reached Hyderabad and wanted to play the match, but according to the rules made before the trials, he was asked to play at 9-16 position, which he did not like. He went back to his training academy in Bangalore without playing the rest of the match. With the sudden ouster of the country’s key player, a war of words started between Sen’s coach Vimal Kumar and Pullela Gopichand. These trials were conducted at Gopichand’s academy in Hyderabad itself. Vimal Kumar could not reach Hyderabad during the selection trial. But he claims that Sen lost the match due to a stomach infection and he should have been given an extra chance to showcase his potential as the number one shuttler. At the same time, he directly accused Gopichand of favoring the players of his academy.

Gopichand accused of ousting the target

“Gopichand found a way to oust Lakshya Sen on one pretext or the other,” claimed Vimal Kumar in an exclusive conversation with News9. “It is not a big deal for a top player to lose in the opening trial matches. For example, Kiran George, who topped the trials, defeated top players like HS Prannoy and Sameer Verma, but lost to Shankar Muthuswamy in the opening match. Later he defeated everyone. On the second day, Gopi asked Sen to play 9-16 positions – for which Sen was not ready. Shouldn’t it be noted that Sen is the only player among men who have been performing well for the last two years? But they created such a situation that it became impossible for Sen to complete the trial.”

In response, Gopichand argued that the selection criteria were prepared by a five-member panel – including Badminton Association of India (BAI) general secretary Ajay Singhania, secretary Umar Rashid, head coach Pullela Gopichand, junior chief coach Sanjay Mishra and chief referee. Uday Sane was involved – and the rules cannot be changed for just one player, no matter how qualified he may appear. In such a situation, it becomes necessary to understand the process of selection, which has made the two major badminton coaches of the country face to face.

It was agreed that the top-20 players in the BWF rankings would not be required to play trials and would be directly selected. This means that Srikanth, Sai Praneeth, PV Sindhu, Saina Nehwal, Satwiksairaj Rankireddy and Chirag Shetty will not be required to appear in the selection trial. In such a situation, the number of possible candidates for the men’s singles category in the Sudirman Cup and Thomas Cup was reduced to 20. Since the four-day trial matches did not consider a direct match between all the players to be appropriate, it was decided to form eight round-robin groups. Two or three players were placed in each group and according to the rules, only the group winners reached the quarterfinals.

Members of the selection committee also considered dividing the 20 players into four round-robin groups with five players in each group. But in such a situation, every player would have to play matches in the morning and evening all four days. Then out of these players who have played four-four matches in each group, two top players would play the quarterfinals. That is, the winner and runner-up would play a total of seven matches in four days, which would have been a very tiring program. So the selectors divided the players into eight groups, some with three players, some with only two. Sen was given the highest priority followed by Kiran George. Both were placed in groups that had only two players. Each of these players had to reach the last eight.

Unfortunately, Sen lost his round-robin group match to Koya. Just like what happened with two-time world champion Kento Momota at the Tokyo Olympics. He was also placed in a group that had only two players, one of them being Korea’s Hugh Kwang. Kwang Hee defeated Momota and he was out of the competition. On the other hand, Gopichand says, “I believe that Lakshya Sen is the best player in the country right now and he deserved to be included in both these competitions. But, after losing the first match, he could not be given a place in the quarterfinals according to the rules. I am not saying that these rules were ideal, but, be it good or bad, they were framed by a five-member committee. To which neither any committee member nor any player objected – neither the night when these rules were made, nor the morning when the group matches started.

Therefore, Gopichand advised Sen to play in the 9 to 16 playoffs and the selectors would have found a way, to match him with the 1 to 8 playoff winner or runner-up, to include him in the squad. But if the rules were changed for Sen, Gopichand would have been accused of favoring a player. Keeping in mind the possible allegations, the country’s chief coach and Dronacharya Award winner Gopichand had video-recorded all the proceedings, including the rule-making process. With this, all the matches were released on YouTube. So that no question arises on the fairness of the selection process. Gopichand was saddened that the country’s best men’s singles player, who is ranked 25th in the BWF rankings, failed to make the selection. But in the face of transparency and fairness, he had no other option.

It is unfortunate that Sen’s defeat escalated the tussle between the two top coaches of the country. It is also sad that Sindhu, the women’s world champion, stayed out of both these competitions to focus on individual sports. In the olden days, playing for the country was a matter of pride. But nowadays some players give more importance to individual pride than representing the country in international team events. He should take a lesson from the Indonesian team of the Thomas Cup tournament, in which all the players took to the court with full stamina and took the trophy to their country after ending 19 years of exile.

read this also: The coach made big disclosures about Hima Das, said – did not show seriousness before the Tokyo Olympics, used to make excuses