Even after Rishabh Pant recovers, the fate of two best friends will open in England, away from Team India! 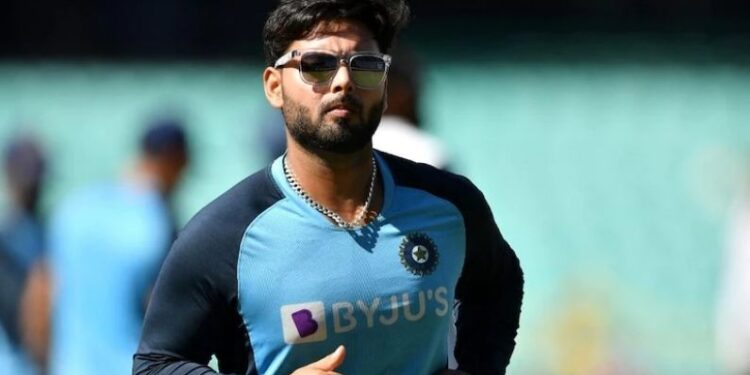 In the match against County Select XI, eyes will be on Mayank Agarwal as he is likely to form an opening pair with Rohit Sharma in the first Test after injured Shubman Gill is ruled out of the series.

Rishabh Pant was caught by the corona virus on the tour of England.

Opener Mayank Agarwal’s struggle to regain his place in the Indian Test team will begin with a three-day match against County XI from Tuesday. Here his best friend KL Rahul will lead the chase in the absence of regular wicketkeeper Rishabh Pant. This match has the status of a first-class match, which is the first time with the Indian team in the last several years. Former captain Mahendra Singh Dhoni believed that not all players get a chance to practice because of an ‘official match’. The team management, however, wanted to play first-class matches to regain momentum before the start of the Test series next month.

According to BCCI sources, Pant has completed 10-day isolation in London after coming positive in the COVID-19 test. He is recovering but is yet to join the team’s bio-bubble in Durham. “Even if Pant had reached on time for the practice match, he would be given adequate rest to regain the fitness required for the match,” the BCCI official told on condition of anonymity. He has no symptoms but will need to practice well before the initial Test in Nottingham. Both Pant and Wriddhiman Saha, who is spending time in isolation as a precaution, will be available for the first Test. But before that, Mayank and Rahul will have a chance to prove themselves in the practice match and cement their place in the team.

In this practice match, Rahul will play the role of wicketkeeper. However, the eyes of the team management will be on Mayank as he is likely to pair up with Rohit Sharma in the first Test after the injured Shubman Gill is ruled out of the series. Mayank has not been in good shape since the tour of Australia. He was out of the last 11 after Rohit’s arrival in Australia. Rahul has also scored most of his 2000 runs in Test career while opening the innings. It is understood that if one of the experienced batsmen fails to find the rhythm, then Rahul could be used as a middle-order batsman.

This team of County XI consists mostly of young players, in which only James Bracey is part of the current England international team. However, India can try both Rahul and Mayank in the second innings opening batting. However, as the match is of three days, chances of second innings are not high. In the bowling department, Mohammad Siraj would like to test himself and Jasprit Bumrah would like to pick up a few wickets to get the momentum.

read this also: India’s strong batsman will not be able to play in England, out of the team due to injury and fitness