Euro 2020 Turkey vs Italy: The big battle of football is starting, know- when, where and how to watch live and online streaming? 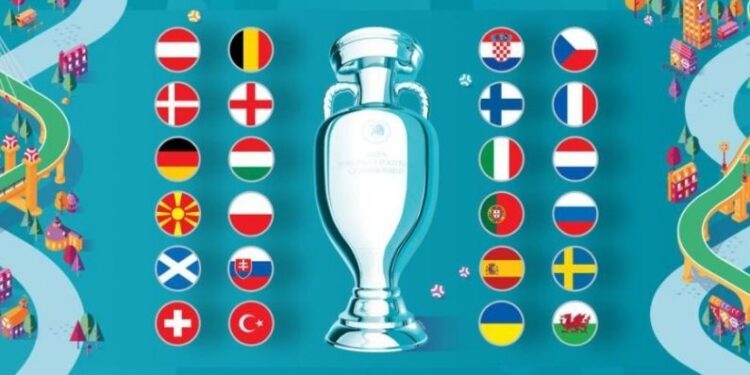 UEFA Euro 2020: A total of 51 matches will be played in this one-month-long tournament and the final match will be held on 11 July.

A total of 24 teams are participating in the Euro Cup and 51 matches will be played in the tournament. (Photo: UEFA.com)

The Euro Cup 2020 (UEFA Euro 2020) is starting tonight and with this the one year long wait of football fans for this tournament is also coming to an end. The tournament, which was held last year, had to be postponed last year due to coronavirus. Now for the next one month, the round of exciting matches will continue for the football fans. The first match of the tournament will be played tonight between Group A teams, Turkey and Italy. With this, a series of 51 matches will start, the result of which will be out with the final to be held on July 11.

A total of 24 teams from Europe are taking part in the tournament, which were able to make it to the main draw after winning their respective matches in the qualifying round. All these teams are divided into 6 groups. There are 4 teams in each team, out of which the top two teams will directly enter the Knock Outs, while the third team will get a place through a game of luck following mathematical equations. 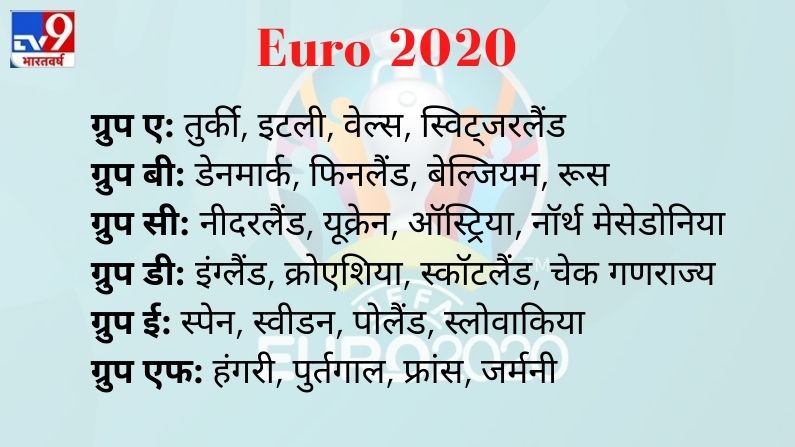 The 24 teams playing in the Euro Cup are divided into 6 different groups.

Turkey vs Italy: When, Where and How to Watch Live Match?

The full schedule of this tournament is given to you Link You will get it by clicking on it. At the same time, we will give you information about the tournament matches in India from what time, on which channel or live streaming app will come. First of all, today’s match is about Turkey vs Italy.

Turkey vs Italy: Where will this match be played?
11 cities from 11 countries have been selected for the tournament. This collision of Turkey and Italy will take place in the famous Italian city of Rome. This match will be played at Rome’s Stadium Olimpico in Rome.

Turkey vs Italy: Which channel will be broadcast in India?
All 51 matches of Euro Cup 2020 in India will be live telecast on Sony Sports Network channels – Sony Six, Sony Ten 2, Sony Ten 3 and Sony Ten 4.

Turkey vs Italy: Where can I watch Live Streaming?
Live streaming of all 51 matches, including the first match and final of Euro 2020, can be seen on the SonyLiv app or Sonyliv.com on mobile.

Also read: Euro 2020: 3 contenders for the title trapped in the ‘Group of Death’, the fate of stars like Ronaldo-Mbappe will be decided