England made the biggest score in ODI history, this player born in South Africa gave an explosive start 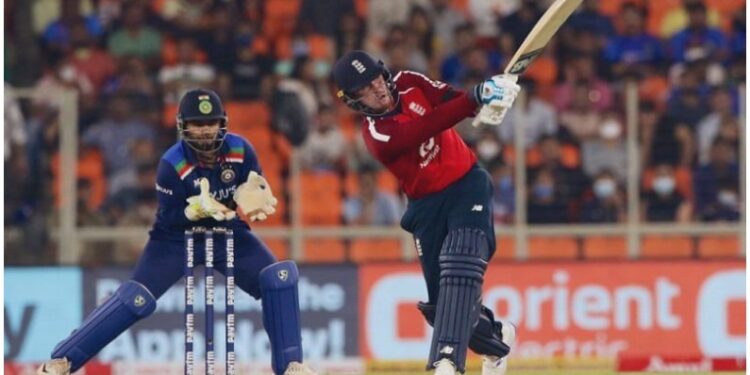 Before this, such a big score was not made in any match in ODI cricket history and even after this, such a score has not been seen till now.

Jason Roy was born in Durban.

There is no doubt now that the team of England has become a strong force in ODI cricket. The team has more than one army of batsmen and bowlers. There is also a player in this who was born in Durban, South Africa, but now he is showing his bat from England. Today is the birthday of this player i.e. July 21. It is being talked about England team opener Jason Roy, who helped England to make the biggest score in ODI cricket history. On the foundation of an explosive start from Jason, the destination of this record score of 481 runs could be achieved. Come, let us introduce you to this match on Jason’s birthday.

Australia tried eight bowlers but the host batsmen did not spare anyone. Andrew Tye conceded 100 runs in 9 overs. Jhye Richardson took three wickets for 92 runs in ten overs, while Marcus Stoinis spent 85 runs in 8 overs. In reply, the Australian team was reduced to 239 runs. It took only one half-century for the team. Travis Head scored 51 runs off 39 balls. Apart from them, Stoinis contributed 44 and Ashton Agar contributed 25 runs. Adil Rashid took four wickets for England while Moeen Ali showed three batsmen the way to the pavilion. Two wickets came in the account of David Willey. By the way, Jason has scored 187 runs in 5 Tests for England at an average of 18.70 while in 98 ODIs he has recorded 3658 runs at an average of 40.19. He also has 9 centuries and 20 half-centuries. Jason’s bat scored 1129 runs in 47 T20s at an average of 24.02.