England-Australia will clash in the final of Women’s World Cup 2022, you will be shocked to know this truth! 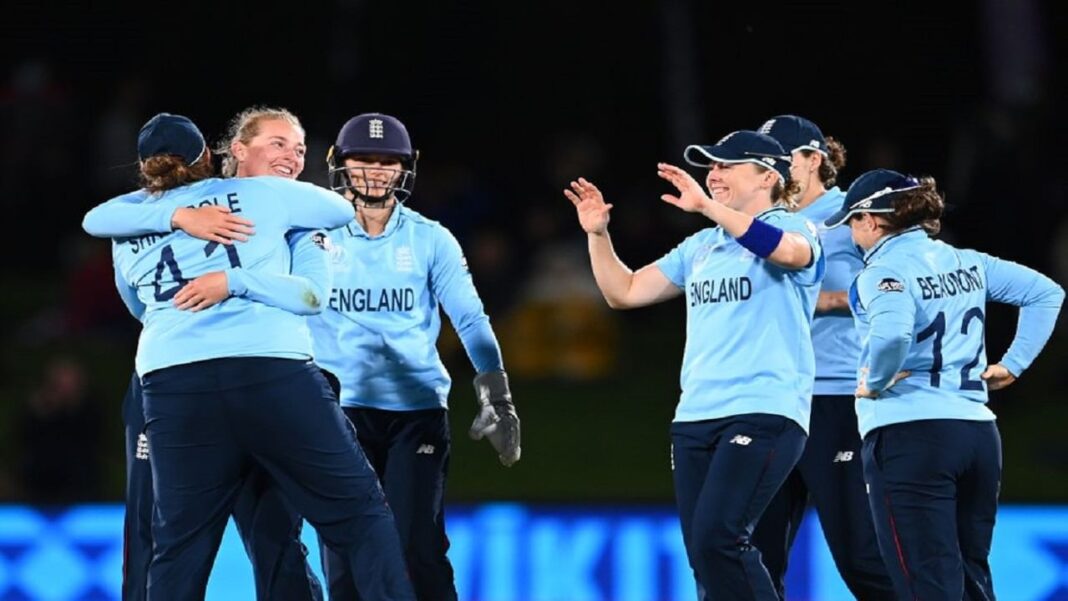 England and Australia will compete in the final of the Women’s World Cup 2022 Final on 3 April, with the English team defeating South Africa in the semi-finals.

The title battle of Women’s World Cup 2022 has been decided. The final between Australia and England will be played on 3 April at the Hagley Oval ground in Christchurch. England’s team defeated South Africa by 137 runs in the second semi-final match. Batting first, England women’s team scored 293 runs for 8 wickets in 50 overs. In reply, South African team was bundled out for 156 runs. It is a big deal for the England team to reach the final as this team lost its first three matches. After this, England made a tremendous comeback and now they have made a place in the final.

There will be a tough competition between England and Australia in the final. Both the teams are amazing, the batting-bowling of both is very strong. Let us tell you that till now these two teams have won 11 World Cups together but the surprising thing is that these two teams never met in the final. This means that for the first time there will be a title clash between Australia and England in the World Cup. England has won the World Cup four times and Australia has achieved the distinction of becoming the world champion 7 times.

How did England reach the World Cup final?

If a team loses three matches in a row, then it will hardly think of reaching the World Cup final, but the players of England have done it. England lost the first match against Australia by 12 runs. After this, the weak West Indies also defeated England by 7 runs. South Africa also defeated England by four wickets. England got their first win in the tournament against India. English team won this match by 4 wickets. England won by 1 wicket against New Zealand. England also defeated Pakistan by 9 wickets. After achieving a 100-run victory over Bangladesh, England secured a place in the semi-finals and then in the semi-final, the English team defeated South Africa by 137 runs to get the ticket to the final.

Sophie Ecclestone has played a big role in taking England to the final in the World Cup. This spinner has taken 20 wickets in 8 matches. Off break bowler Charlie Dean has also taken 11 wickets in 5 matches. In batting, Natalie Sivar has scored 288 runs in 8 matches at an average of 48. At the same time, Danny Wyatt has also scored 267 runs. Dunkley has also contributed 269 runs.

Group leave can be done on WhatsApp without anyone knowing, this new feature is coming in the app

Preparations for changes in rules related to bank fraud, banks demand from RBI