ENG W vs IND W: If you lose now you all lose… Second T20 match between India and England today 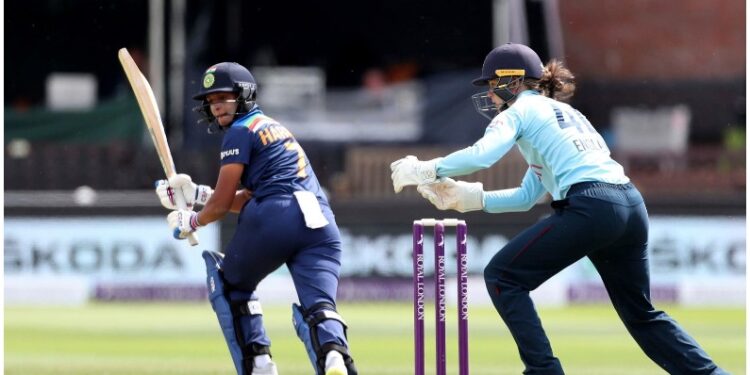 In the first T20, England defeated India by 18 runs by the Duckworth-Lewis rule. The Indian team is currently trailing 0-1 in the 3 T20 series. And, in such a situation, it is necessary for him to win today’s match.

The match in Test was a level match. Injury 2-1 in the 3 ODI series. Even in the T20 series, Team India is lagging 0-1. But, the whole game is not over yet. If Harmanpreet and Company (Harmanpreet Kaur & Company) win the match today, then the series will be level. This can keep his hopes of a series win.But if the Indian team does not do this today, then the second T20 will be lost, the series will also be lost.

In the first T20 played at Northamptonshire, England defeated India by 18 runs by the Duckworth-Lewis rule. England had set a target of 178 runs for victory in front of India, in response, when India’s score was 54 for 3 wickets, rain interfered in the match, after which the match was stopped and could not start again. .

Improve your batting, look for victory

If India has to win the second T20 then it will have to improve its batting. Its main batsmen will have to understand their responsibility. India’s batting was also a major reason for losing their ODI series. And now the same situation is visible in the T20 series as well. The weakest link in India’s batting on the England tour has been T20 captain Harmanpreet Kaur. She has been able to score only 49 runs in 7 innings she has played so far. His highest score in this is 19 runs.

Today, if India’s batting improves, she will win and her T20 record in England will also be correct. India has played 12 T20s in England so far, winning only 4. Of these, he has played 6 T20s against England and won 1. India’s fielding in the first T20 was tremendous. The same will be needed in the second T20 as well. If Indian women gave their best against England today. So no doubt she can deserve a series win. And then can end the tour of England with better memories.

Also read: Pakistan Cricket Board stopped the expenses of the legendary bowler, punished for defaming PCB