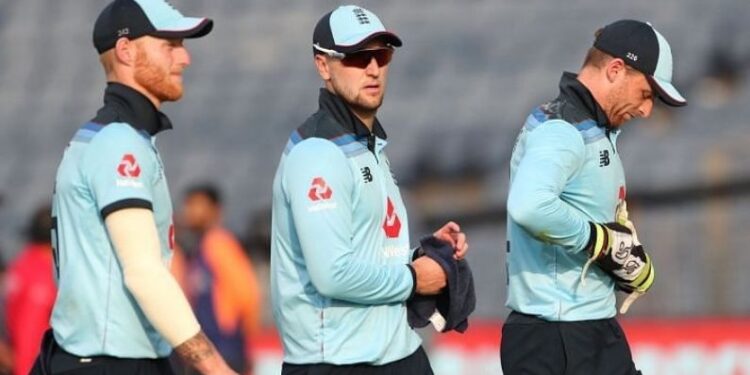 Just before the ODI series against Pakistan, the entire England team had to be changed due to coronavirus and this player was recalled despite the injury.

Ben Stokes captained England in the ODI series against Pakistan.

Everyone is praising England’s team for cleaning up in the ODI series against Pakistan. The second-tier team, which landed without the main players of the team, defeated the full potential Pakistani team 3-0. The most experienced player in this team was Ben Stokes. England’s dashing all-rounder was the only experienced member of this team and was also captaining. Despite this, the English team got the victory. But this victory was not so easy and for this Stokes had to bear a lot of pain. The England all-rounder has revealed that he was in a lot of pain during this series and was able to play the series with the help of pain relieving injections.

Stokes was injured in the very first match of Rajasthan Royals during IPL 2021 in April. He had fractured his left hand finger while taking a catch. Since then, Stokes was out of the field and was returning from domestic cricket some time back. He did not even have to play in the series against Pakistan, but two days before the match, due to coronavirus cases in the England team, the entire team had to be changed and due to the changed plan, Stokes also had to go with the team.

Can bear the pain for the captaincy of England

Despite this, England succeeded in defeating Pakistan. Although Stokes could not contribute much in the series, he gave proof of his passion by leading his team despite the pain. Stokes told in his article for the Daily Mirror newspaper. “These matches were completely unexpected for me and the truth is that under normal circumstances, I do not play these matches because I had a lot of pain in my left hand.

However, Stokes admitted that such pain can be endured if given a chance to captain the England team. Stokes wrote, “However, sometimes you have to laugh and bear it and captaining England is one such reason. The finger has gradually improved but the pain was severe and that’s why I took injections for the whole summer.”

Watch the series against India

Stokes now aims to play in ‘The Hundred’ tournament and the Test series against India. He said that he wants to play without pain on both these occasions and is hoping that his pain will not be a problem till the Test series. This new format tournament of the England Cricket Board is starting from July 21, in which Stokes will play for Northern Superchargers. At the same time, a five-match Test series will be played between India and England from August 4, with which the ICC World Test Championship-2 will also start.