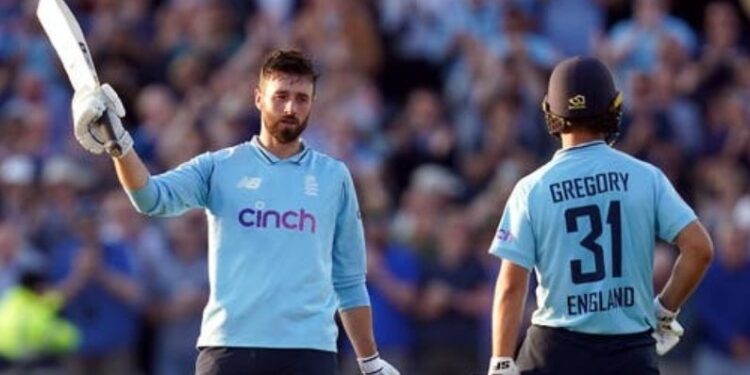 Captain Babar Azam had scored a record century for Pakistan, but this time the bowlers of the team disappointed and England captured the series despite inexperienced players.

The same fate happened to Pakistan as it happened in Sri Lanka a few days ago. In the 3-match ODI series against England (England Cricket Team), Pakistan was cleared. In the third and last match of the series, on Tuesday 13 July, England defeated Pakistan by 3 wickets in a thrilling match. In this match at the Edgbaston ground in Birmingham, Pakistan left behind the failure of the first two matches, but the bowlers did not get along and the England team, which was in trouble at one time, helped the middle and lower order batsmen. Memorable win from James Vince’s century was heavy on Pakistani captain Babar Azam’s excellent innings of 158 runs and England were eliminated in the series 3-0.

This defeat for Pakistan is also shameful and worrying because it did not face the main team of England, but against the second-class team. England’s main team had to be changed two days before the start of the series after the coronavirus case and most of the players were new, or less experienced, except all-rounder Ben Stokes. Stokes was given the command of the team and the new players performed well.

After winning the toss, England captain Ben Stokes called Pakistan to bat first and the visiting team had a poor start once again. Opener Fakhar Zaman (6) continued to walk in the fifth over. From here Imam-ul-Haq made a partnership with captain Babar Azam. Both took the score forward after a slow start. During this, Imam scored his 10th half-century. English spinner Matt Parkinson bowled Imam (56) on a fine ball. There was a partnership of 92 runs between the two.

From here, Babar along with Mohammad Rizwan carried forward the innings and also increased the speed. Both started attacking the inexperienced bowlers of England and went on to collect runs easily. Babar Azam scored a great century during this period.

This was the 14th century of Babar’s career. He scored these 14 centuries in just 81 innings and made a record of achieving this position in the fewest innings.

Rizwan (74) also scored a half-century, there was a partnership of 179 runs between the two. Other Pakistan batsmen could not contribute well and went on and on. Babar was dismissed for 158 runs in the 50th over and Pakistan scored 331 for the loss of 9 wickets. For England, pacer Brydon Cars took 5 wickets for 61 runs in 10 overs, while Saqib Mahmood also got 3 wickets.

In reply, England’s start was also not good and in the second over itself, opener David Malan was dismissed without opening the account. However, its effect did not show on the English batsmen and they continued to bat aggressively from the beginning. Opener Phil Salt scored 37 runs in just 22 balls, while Jack Crawley also scored a quick 39 runs. England’s batsmen were scoring runs fast, but wickets were also falling. Captain Ben Stokes was also dismissed for 31 runs and England lost 5 wickets for 165 runs in 24 overs.

From here James Vince got along with Louis Gregory. Together, the two started thrashing the Pakistani bowlers and brought the team closer to the target as well as getting the team out of the bad situation. Both added 129 runs for the sixth wicket. During this, James Vince scored the first century of his ODI career. He got out after scoring 102 runs in 95 balls with the help of 11 fours. Soon Gregory was also dismissed after scoring 77 runs in 69 balls. In the end, Craig Overton (18 not out) and Brydon Cars (11 not out) took the team to the target in the 48th over itself.

Also read: Babar Azam made 5 charismatic records with a century, Kohli is not even around now