Eng vs Nz: Ross Taylor did not celebrate even after getting Joe Root out, did something that won everyone’s heart 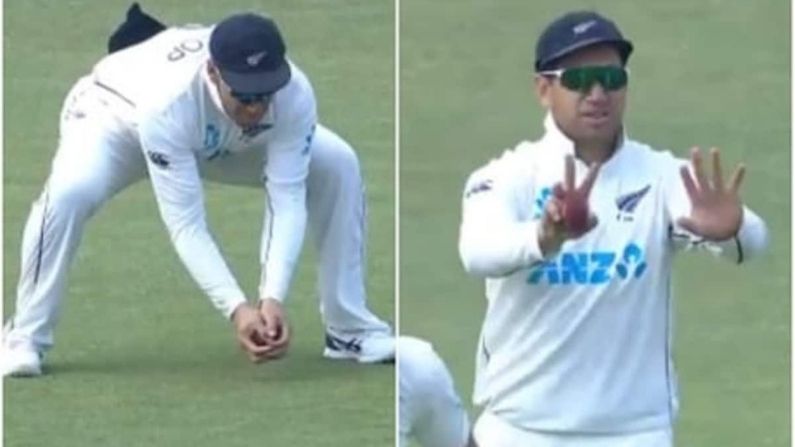 What Ross Taylor did on the field proved yet again why New Zealand players are considered the best in international cricket.

The cricket team of New Zealand is known for their simplicity and sportsmanship. This is a team whose players are neither hated nor disliked by the cricket fans of the world. Every time the players of this team got to see something like this once again. In the Test match against England, Ross Taylor won the hearts of the fans by showing his sportsmanship.

The New Zealand team, which is on a tour of England, has to play a two-Test series against India before the final of the World Test Championship. Its first match is being played at the Lord’s ground in London, while the second will be played at Edgbaston, Birmingham. On the fourth day of this match, Ross Taylor gave proof of his honesty towards the game during fielding to the world.

Taylor appealed to the umpire to check the catch

Play on the third day of the match was canceled due to rain. Captain Williamson handed the ball to Kyle Jameson for the first over of the fourth day. England captain Joe Root was on strike at that time. The ball hit Root’s bat and went into the hands of Ross Taylor standing on the slip. As soon as Ross took the catch, everyone started celebrating this important wicket. However, Taylor was not quite sure that he took the catch cleanly. He asked the umpire to get it checked. Later, when the umpire checked in replays, he did not see any problem in this catch. After which Root had to return to the pavilion after scoring 42 runs. Although the fans became fans of Taylor’s style and praised him.

New Zealand strike with the first ball of the day.

New Zealand in the lead after the first innings

Root faced 113 balls in this innings and hit five fours. When Root was out, England’s score was 111 runs in the first innings. After his return to the pavilion, the England team could add 166 runs and seven wickets fell. In this innings, opener Rory Burns scored 132 runs for England. New Zealand scored 378 runs in their first innings thanks to Devon Conway’s double century. New Zealand scored 62 runs for the loss of two wickets in their second innings. On the basis of first innings, the visiting team has got a lead of 165 runs.

Excited to see Indian batsmen doing the same, according to former New Zealand coach, the result of WTC Final will depend on this