ENG vs NZ: ‘Fours and sixes’ will make the matter, Kumble’s amazing will be left behind, one arrow, two targets and Anderson 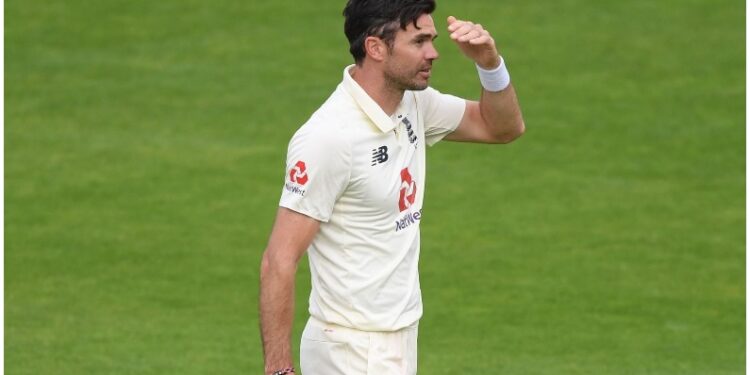 England’s most experienced pacer James Anderson currently has 616 wickets in 161 Tests at an average of 26.58.

The second and last Test match of the series is starting from Thursday between England and New Zealand. This is a decisive battle. That is, whichever team wins it, it will take the series home. Actually, before this, the first Test played at Lord’s was a draw for both the teams. In the second Test, the performance of both the teams will be monitored, as the question is of series win. But, in this match to be played at Edgbaston, England fast bowler James Anderson will be seen chasing the eyes of the fans too much. There is a reason for this too and that is that Anderson will have two big records on target. In the list of highest wicket-takers in first Test cricket, Anil Kumble was pushed back to the third place and second to become the fast bowler who made the record of thousand wickets in first-class cricket.

To break Anil Kumble’s record, James Anderson needs a ‘four’ on the spot, then he needs a ‘sixer’ to become the fast bowler to take 1000 wickets in the first class. Four on the spot means 4 wickets while sixer means 6 wickets. Of course, now you must have got an idea of ​​how far and how close Anderson is from his two big records.

‘Chowka’ got a chance to break Kumble’s record

Anil Kumble, India’s match-winning leg-spinner, took 619 wickets in 132 Tests. And, he is the third highest wicket-taker in Test cricket behind Muttiah Muralitharan’s 800 wickets and Shane Warne’s 708 wickets. England’s most experienced pacer James Anderson currently has 616 wickets in 161 Tests at an average of 26.58. That is, if he takes 4 more wickets in the 162nd Test of his career, then he will break Anil Kumble’s record. And, leaving him behind will come third in the club of bowlers with the most Test wickets.

Will take 1000 wickets in his name with ‘Sixer’

Similarly, Anderson currently has 994 wickets in 260 matches of first class cricket. That is, if he takes 6 wickets in the second test against New Zealand, then he will also become a fast bowler to take 1000 Test wickets. Meaning, there are not one or two records left for Anderson in the Edgbaston Test, which everyone would expect him to perform a power punch to accomplish.

Such a performance will also be necessary for Anderson because the Test series against New Zealand will be at stake. The team that wins at Edgbaston will have a series. And, the performance of an experienced player like Anderson becomes important for victory.

Also read: The eater of cricket will now become a protector! Pakistani who has spent 5 years ‘punishment’ in preparation for big role