Due to injury, this speed skater started cycling in rehab, won gold in Summer Olympics after eight years and created history 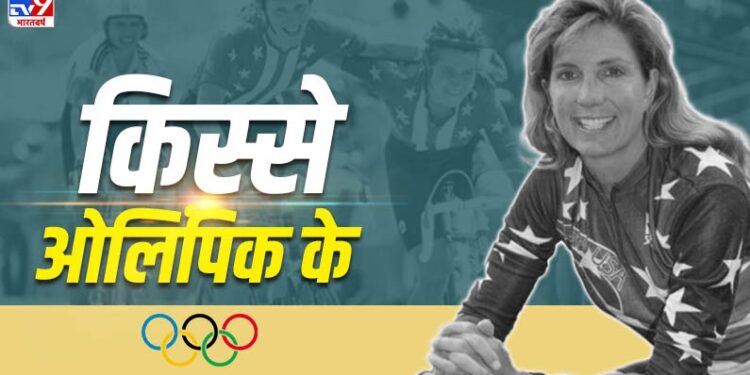 Women’s cycling was included for the first time in the 1984 Los Angeles Olympic Games. The first player to win it was Connie Carpenter Phinney of America.

Connie Carpenter, who competed in both the Winter and Summer Olympics for America

It is said for a player that you can never finish the game from inside the player. Whether he is injured or old, he cannot miss the opportunity to be associated with the game. Today in Kisse Olympic, we are going to tell you the story of one such athlete who was turned away by luck from his favorite sport but his love for the sport could not be over. She took up another sport and became an Olympic champion.

This is the story of Connie Phinnie Carpenter, a speed skater turned cyclist. This American player has participated in both Summer and Winter Olympics. Although he got the medal in the Summer Olympics. Carpenter was forced to leave the sport she had started her career with, but she still pursued her dream of winning an Olympic medal.

America’s youngest Olympian was made at the age of 14

Carpenter was born in Madison. She used to skate every winter night. Speed ​​skating was his first love. This was the reason that at the age of 14, she joined America’s Winter Olympic team and became the youngest Olympian in the country. She finished seventh in the 1500 meters at the 1972 Olympics. She had hopes of a medal in the 1976 Olympics, but due to a foot injury, she could not take part in the Olympics. She started cycling when she was in rehab. Gradually he started enjoying it and decided to make a career in it. He won the national championship in the very first year of his cycling career. After this he won 12 national championships till 1980.

Carpenter was married to fellow athlete Davis Phinney. She met Davis and fell in love in 1984, both of whom married before the Olympics. Before the Olympics in 1984, there was a lot of pressure on both of them. The media was paying a lot of attention to him but he wanted to focus on training. Women’s cycling was included for the first time in the 1984 Los Angeles Olympics. Carpenter was about to take part in an individual road race which was of 79 km. Carpenter entered the race on July 29, 1984, with six players in the front group for the first 50 miles, each of whom were medal contenders. By the time of the last lap, only two players were left. Carpenter and his compatriot Rebecca Twigg, having had the strength of both until the last 50 metres, had Carpenter back the body and pushed the bicycle forward with a pedal, a trick taught to her by her husband Davis. Because of this, she was able to win the gold medal.

Davis and Carpenter have two children together, Taylor and Kelsey. At present the entire family lives in Boulder. At the age of 17, his son Taylor competed in the cycling event at the Beijing Olympics but finished fourth. At the same time, he also finished fourth in the 2012 London Olympics. After that he became a professional cyclist. He used to participate for many big teams. However, in 2019, he also said goodbye to his professional career. He was seriously injured in the year 2014, due to which the rest of his career was very troubled.

Russia did not participate in the 1984 Olympics

After the financial problems of 1976, only Los Angeles bid for the rights to host the 1984 Olympic Games. The US was condemned for bidding together with the sponsor. During this time the United States made a good $223 million (USD) from the Games and became the model for future games. 140 countries participated in these Olympics, which was a record in itself at that time. In these games, America had won the most gold medals with 83 gold medals and it was second with a total of 174 medals. Russia did not take part in these games and Romania came second with a total of 53 medals with 20 gold.