‘Drama’ before the match, dropped from the team, then made captain, big player also ill 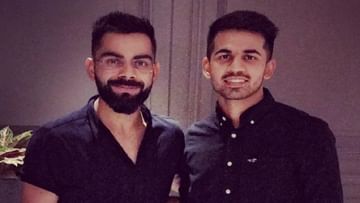 Delhi captain Yash Dhull fell ill before the big match. Nitish Rana was called in his place, who was dropped from the team due to discipline.

The Delhi team has to play an important Ranji Trophy match against Mumbai on Tuesday, but just before this match, there was a tremendous drama in the Delhi team. Delhi captain Yash Dhull has been ruled out of the Group B match against Mumbai starting on Tuesday. According to the news of Indian Express, Under-19 World Cup winning captain Yash Dhull did not even participate in the last 2 training sessions. The Delhi and District Cricket Association confirmed on the previous day that he is ill.

After Dhul is out, Nitish Rana will replace him, who himself did not train for the last 2 days and it is also interesting that earlier Delhi itself had made Nitish Rana sit out due to a disciplinary issue. Rana was also able to play the last 3 matches for Delhi.

Out 2 matches ago, now captain

Not only this, in the absence of Yash Dhull, vice-captain Himmat Singh will lead the team, who was dropped from the team two matches ago. Himmat could not play the match against Saurashtra. The match played between Delhi and Mumbai is one of the most high voltage matches of Ranji Trophy. The big change in the Delhi team before the important match has created panic. In such a situation, Himmat will try to get Delhi the first win of this Ranji season under his captaincy.

Delhi is second to last

Delhi has played a total of 5 matches so far in this season of Ranji Trophy, in which 2 had to face defeat. There were 3 matches drawn. Delhi’s team is at 7th position in Group B with 5 points. On the other hand, if we talk about Mumbai, it is second in the group with 23 points. Mumbai won 3 out of 5 matches. Lost one match and played one draw. After the position of both the teams in the points table, it becomes necessary for Delhi to win this match at any cost, as it is second to last in the group.