Don Bradman, the cricketer whose batting stood up after seeing him, said – if I had played like you… 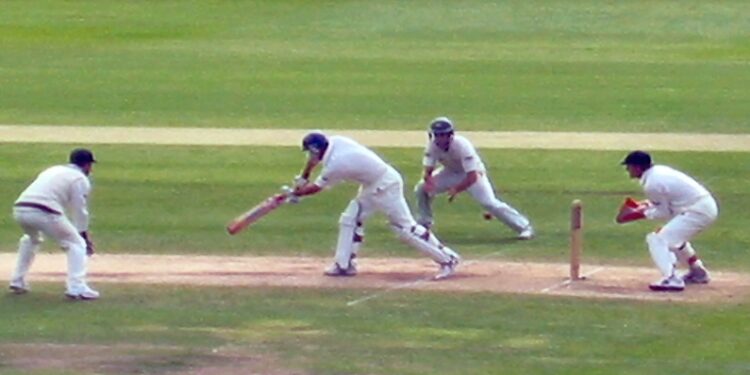 The whole world knows that Don Bradman used to see his image in Sachin Tendulkar, but you will know in this news which batsman Don himself was a fan of.

Whenever there is talk of cricket’s greatest batsman, that list would not be complete without Australian legend Don Bradman. Sachin Tendulkar, the stalwart of the Indian cricket team, is also counted among Bradman’s fans. Sachin has even met Bradman. This is what happened to Sachin, who is a fan of Bradman. Now we are going to tell you about the player, seeing whose batting Don Bradman also made a very big comment. This player was born on this day i.e. July 16. We tell you the interesting story of the career and life of Stan McCabe, a former member of the Australian Cricket Team, who was born in 1910.

Former Australian cricket team batsman Stan McCabe played 39 Test matches for the national team, but his performance in the bodyline series in 1932–33 is especially remembered. In the match played in this series against England, he played an unbeaten 187 in the first innings. None of the team’s batsmen could even score a half-century. Stan was also adept at playing hook and pull shots. In the Trentbridge Test in the year 1938, Steyn saved the match for the team by playing a blistering innings of 232 runs. This was the innings after which the legendary Don Bradman tied the bridge of his praise.

Such was Stan’s career

When Stan McCabe returned to the pavilion after hitting a brilliant double century in the Trentbridge Test, Don Bradman told him in the dressing room, if I had played such an innings as you have played, I would have been proud of myself. Steyn appeared in 39 Test matches for Australia in his career. He scored 2748 runs at an average of 48.21 while remaining unbeaten five times in 62 innings. It also included 6 centuries and 13 half-centuries. Steyn has also recorded 36 wickets in Test cricket. His best performance in the innings has been taking four wickets for 13 runs. Stan, a right-handed batsman, has also played a total of 182 first-class matches in his career. In this, he has scored 11951 runs at an average of 49.38. That too with the help of 29 centuries and 68 half-centuries. He has 159 wickets to his name in first-class cricket. He died on 25 August 1968 in Sydney at the age of 58.