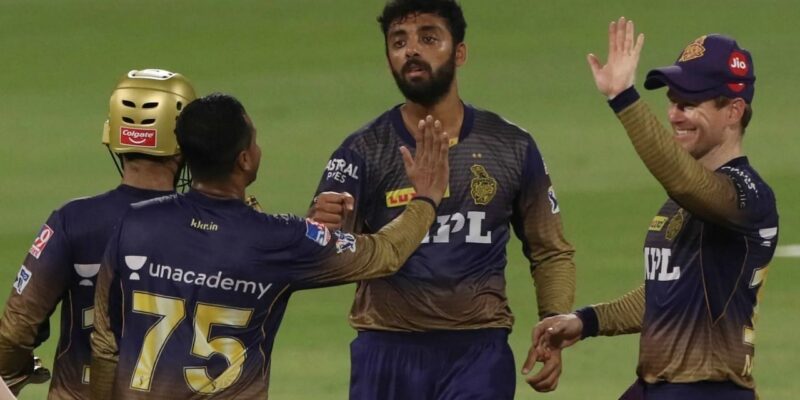 Varun Chakraborty has been selected in Team India for T20 World Cup.

The wait for the T20 World Cup is going to end in a few days. It is starting from 17th October. But before that there is a matter of concern for India. There seems to be increasing concern about the fitness of Varun Chakravarthy, who was included in the World Cup team. Varun plays for Kolkata Knight Riders in IPL. Kolkata and Delhi Capitals clashed in the second qualifier of IPL-2021 on Thursday. By winning this match, Kolkata has made the place in the final. But in this match, Varun went out of the field limping out of the field.

However, Varun bowled the full four overs of his quota and dismissed two Delhi batsmen for 26 runs. He dismissed Delhi’s inform batsman Shikhar Dhawan. Apart from this, he also sent Prithvi Shaw to the pavilion. Nothing is clear about Varun’s injury yet. But this can be a matter of concern for India because he is part of the team selected for the T20 World Cup and if injured, then Team India will be in trouble. The team has high hopes from him.

Varun’s career has shined with the IPL. He has been playing for Kolkata Knight Riders since the beginning. He made his IPL debut in 2019. However, this season he was able to play only one match. But in 2020, the team gave him plenty of opportunities. Varun played 13 matches and took 17 wickets in his name. This was the season when Varun came in the eyes of the world and shone with his mystery spin. Facing them remains an incomprehensible puzzle for the batsmen even today. This season he has played a big role in taking his team to the final. He has taken 18 wickets in 16 matches played so far. He got entry in Team India only on the basis of IPL. He was selected for Australia tour last year but due to injury he could not go on this tour. In July this year, he was part of the Indian team that toured Sri Lanka and played his first T20 International on this tour. So far he has played three T20 matches for India and has taken two wickets.

Shine with Dhoni, then Rajasthan Royals ruined it, now the apple of Shahrukh’s eyes

Drugs Case: Will Aryan Khan and his associates get bail today? Arbaaz-Munman’s lawyer said these things before the hearing

A person will have to pay one crore fine for installing a security device, know the full news