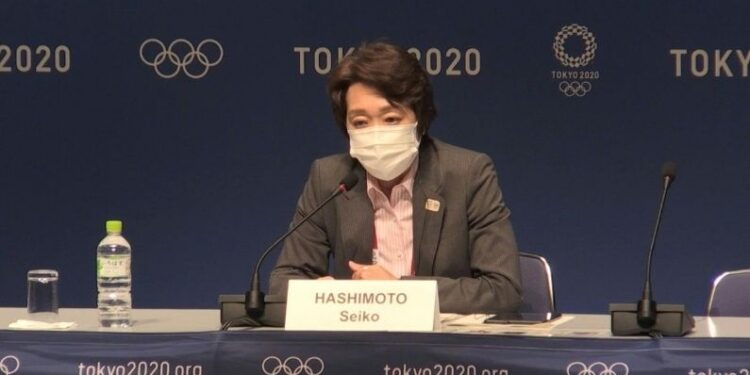 Tokyo Olympics President Seiko Hashimato made the announcement on Wednesday

The Tokyo Olympics is going to start with the opening ceremony on Friday. However, a day before the ceremony, its director has been sacked. The decision was taken after a 1998 video went viral. In this video, Kentaro Kobayashi ( joked about the demolition of the country in a comedy show. Organizing Committee President Seiko Hashimato said that Kentaro Kobayashi, the director of the opening ceremony, has been fired.

The opening ceremony of the Tokyo Olympics, postponed for a year due to the Corona epidemic, is to be held on Friday. A week earlier, a musician had also been discharged who had boasted in a magazine interview about torturing his classmates in the past. This composer composed the music for a part of the opening ceremony.

Seiko Hashimato explained the reason for the sacking

Tokyo Olympic chief Seiko Hashimato said, ‘We learned that he had made fun of a tragedy in history. The organizing committee has decided for this reason that he will be removed from the post. In the video that has gone viral, Kobayashi is doing a comedy show with another person. In this show, he takes a paper doll and says that this doll is from the time when children used to play Holocaust-Holocaust (tragedy in Japan). Fans did not like this video and they opened a front against it in a way.

Small team will participate in the opening ceremony from India

Amidst the Corona epidemic, only 28 players from India will participate in the opening ceremony of the Olympics on Friday. Players who compete the next day have already been asked to stay out of the ceremony. India’s 34-member team along with six officers will be in the inauguration ceremony. Indian Olympic Association Secretary General Rajeev Mehta said, ‘We do not want to create such a situation that our players are afraid of getting infected. For this reason, it has been decided to keep the players and officials less in the opening ceremony. The decision was taken after meeting the coaches and the team chief.

Sushila Devi started playing judo after seeing her brother, took a loan to sell the car to meet the expenses, then reached Tokyo