Dhoni played with Pandya’s ‘trust’, who left him, hit a shocking winning century 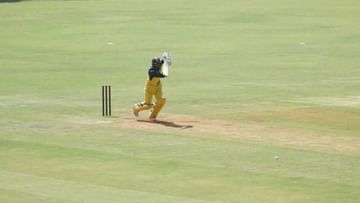 Narayan Jagadishan, who was released from Dhoni’s side i.e. Chennai Super Kings and Sai Sudarshan, who was retained by Hardik Pandya’s trust i.e. Gujarat Titans, shared a 233-run partnership in the Vijay Hazare Trophy.

Seeing two centuries in a match is not a new or big deal. And on the basis of this the big and shocking victory is also not a big question. If something is important in these conditions, then it is the timing of those hundreds. Equally accurate timing was also of the two batsmen who scored centuries in the Vijay Hazare Trophy to win their team. One was Hardik Pandya’s trust in this and the other was the one on whom Dhoni’s trust was raised. Means before IPL 2023, Dhoni made him his team Chennai Super Kings Released from

We are talking about Dhoni’s release i.e. Narayan Jagadishan released from Chennai Super Kings and Hardik Pandya’s trust i.e. Sai Sudarshan retained in Gujarat Titans. These two batsmen may have walked on different paths on the pitch of IPL. But, in domestic cricket, shoulder to shoulder to fight for victory for the same team.

There was a match between Tamil Nadu and Chhattisgarh on 15 November in the Vijay Hazare Trophy. Tamil Nadu batted first in this match. Sai Sudarshan and Narayan Jagdishan landed at the opening. Both these batsmen played brick by brick of Chhattisgarh bowlers. Both scored a century. There was an opening partnership of 233 runs between the two, which was broken when Sai Sudarshan was dismissed after scoring 121 runs. After this, Narayan Jagadishan was also dismissed as soon as 30 runs were added on the score board of Tamil Nadu. He scored 107 runs.

It is not a big deal for both Sudarshan and Jagdishan to score a century against Chhattisgarh. Rather the big thing was the timing of both the centuries. Both of them scored a century on the same day when one was retained by Gujarat Titans and the other was released by Chennai Super Kings. Means, along with the player on whom Pandya showed trust, Dhoni’s rejected player looted the fair.

However, thanks to the centuries of these two, Tamil Nadu scored 340 runs for 6 wickets in 50 overs. Now Chhattisgarh had a target of 341 runs. But while chasing it, his car stopped at 326 runs. In this way Tamil Nadu won the match by 14 runs.