Dhoni-like mind, Gayle’s style, ‘Sixer Queen’ debut in the world of cricket, created a ruckus in the very first match 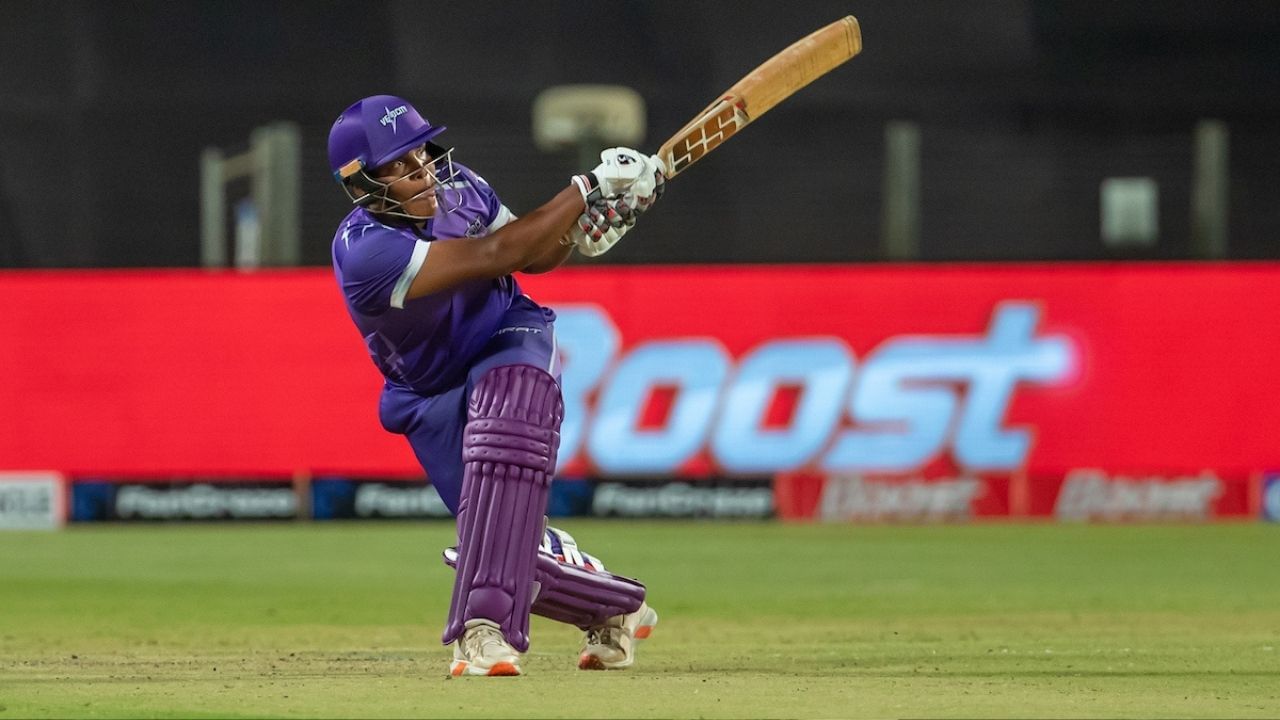 Kiran Navgire played a stormy innings of 69 runs, which included five sixes and five fours, while playing for Velocity in the Women’s T20 Challenge on Thursday.

Women’s T20 Challenge (Women’s T20 Challenge) On Thursday, Velocity faced the Trailblazers. The match was in the name of Trailblazers and the ticket for the final was Velocity. (Velocity) Of. However, what stood out in this match was Kiran Navgire. (Kiran Navgire) Debut of This player, who hails from Maharashtra, put such a line of sixes and fours in her first match of the tournament that Trailblazers Kitty just kept looking at the ball in the air. The 27-year-old Kiran was not given a chance at one point of time saying that she was old but at the MCA Ground in Pune, Kiran answered every question with her aggressive shots.

Trailblazers had scored 190 runs while batting first in this match. In response, Velocity could only score 174 runs. Kiran scored the highest 69 runs for the team. In this storm, he hit five fours and five sixes while batting at a strike rate of 202.94. He completed his half-century in 25 balls, which is the fastest half-century of this tournament. Trailblazers bowlers lost their sweat in getting him out.

The only reason for Kiran to play cricket was that she wants to hit sixes like Mahendra Singh Dhoni. Seeing him, Kiran dreamed of becoming a cricketer. He says that seeing Dhoni’s winning six in the 2011 World Cup changed his life. Kiran grew up in Mirae village of Solapur, Maharashtra. There was a playful atmosphere in their village and the children were interested in sports like athletics, kabaddi and kho-kho. Kiran also tried her hand at athletics at the behest of her father and won 110 medals for her state. From here, with the help of an NGO, she got admission in Shardabai Pawar Women’s College. He also gave a trial of cricket along with athletics. Without any formal training, he made a place in the team of Pune University. He gave the trials of the Pune team and he got selected.


There was chaos in the Senior T20 League

He created panic with the batting while playing for Nagaland in the recently concluded Senior T20 League. She was the player to hit 35 sixes in a season in the history of the tournament. He also hit 54 fours and scored 525 runs. In the match against Arunachal Pradesh, she scored 162 runs in 76 balls and became the first woman cricketer to do so in T20 history. Apart from this, he also took seven wickets, out of which four wickets were taken in the same match. Velocity coach Devika gave a new direction to Kiran’s career. In his very first match, the stormy batting created a ruckus. Before the match, she said that she only wants to play till the end with a cool mind like Dhoni and hit sixes. Kiran fulfilled her word.