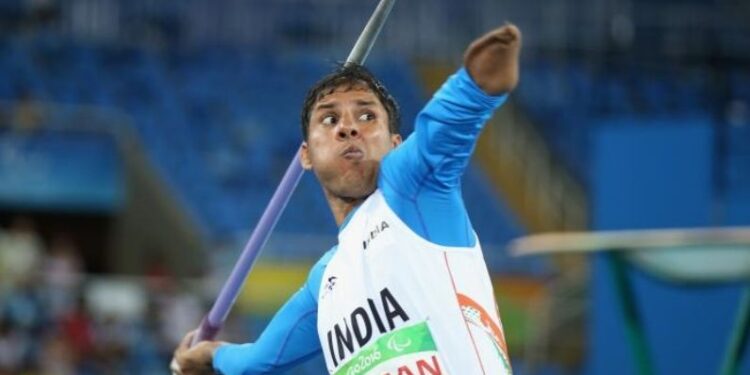 Devendra broke his own world record of 63.97 meters in the National Trials held at Jawaharlal Nehru Stadium in Delhi on Wednesday. On Wednesday, he threw a throw of 65.71 meters and qualified for the Olympics. This is the third time that Devendra has set a world record. The past year has been very difficult for Devendra, a resident of Churu.

In October last year, he lost his father to cancer. After this he came to the Sai Center in Gandhinagar as soon as his father was thirteenth. Since then he has not met any person from his family and is training continuously. It is not all easy for Devendra but his mother’s support has given him courage. times of India In a conversation with him, he said, ‘I think it is all a matter of passion. Age doesn’t matter if you train well and stay in good shape. Describing his courage to his family, he said, ‘I have not gone home since October last year. My mother wants me to focus on training. I have become stronger after my father’s departure. I will go to meet the family before going to Tokyo.

lost hand due to current

Devendra Jhajharia tells that in the year 1989 he was eight years old when an accident changed his life. One day he was trying to climb a tree and then got caught by the current. Doctors treated well. Eventually the left hand had to be amputated. He did not give up and was determined to fight the situation. Along with his schooling, he picked up a javelin with one hand and joined the world of sports. Coach RD Singh nurtured his talent and the result is in front of everyone. He has brought gold medal twice in Paralympics.

One brother wreaked havoc with the bat for 38 minutes, two brothers applauded watching on TV, the love of 3 brothers was shown in England cricket, VIDEO