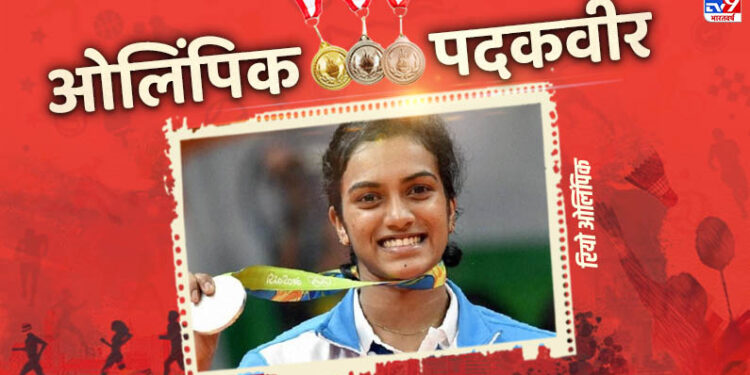 India’s PV Sindhu won the silver medal in the 2016 Olympic Games in Rio. She was the first Indian badminton player to win silver.

On August 19, 2016, PV Sindhu reached the final of the 2016 Rio Olympics with a feat that no Indian badminton player had done before her. By winning the Olympic medal at the age of 21, Sindhu became the country’s most successful Indian player in these games.

His silver medal had also raised the level of badminton in the country further. Sindhu was preparing the ground for this medal for a long time. In 2012, he won the Badminton Asia Under-19 title. Won the second bronze medal at the 2014 World Championships in Copenhagen. By then the world had realized his talent.

Apart from Sindhu, Saina Nehwal was also representing India in the Rio Olympics. Saina Nehwal was eliminated in the group stage after losing against Maria Ulitina of Ukraine. After this everyone’s attention was on Sindhu. Sindhu had won her first match by defeating Laura Sarosi 21-8, 21-9. After that PV Sindhu defeated Michelle Lee 19-21, 21-15, 21-17 in the second match and entered the last 16. In the pre-quarterfinals, she defeated Tai Tzu Ying of Chinese Taipei 21-13, 21-15. He faced Nozomi Okuhara in the semi-finals. In this match, Sindhu won 21-19, 21-10. At the same time it was decided that PV Sindhu is going to create history.

Was defeated by Marin in the final

PV Sindhu faced Carolina Marin of Spain in the final. PV Sindhu got off to a great start and won the opening game. However, Marin made a good comeback in the second game with a brilliant and speedy smash to win the second set in just 20 minutes. There was a fierce competition in the last set. Both the players fought for a point each. However, despite a lot of hard work, Sindhu could not stop Carolina Marin and also lost the third game 15-21. Sindhu lost the match 21-19, 12-21, 15-21.

It was raining prizes