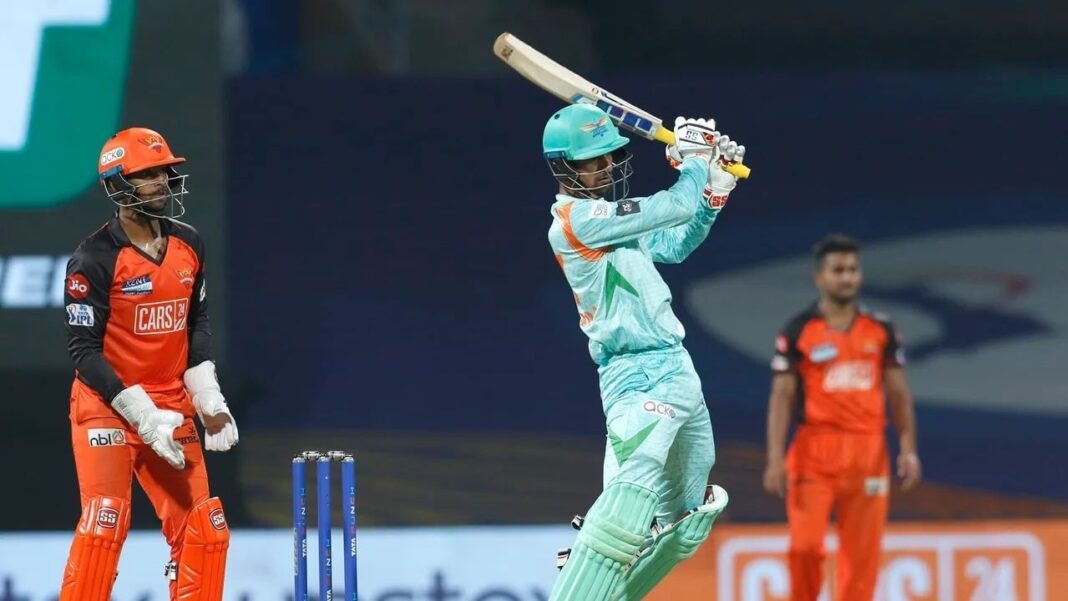 Deepak Hooda played an excellent innings in his first match of this season and scored a half-century. In the third match, his bat once again came out and a half-century came out of his bat.

Lucknow lost their three wickets in this match for just 27 runs. Quinton de Kock, Evin Lewis and Manish Pandey returned to the pavilion early. It looked like the Lucknow team would falter here but Hooda lost his bat at a crucial time and he forged a great partnership with captain KL Rahul. Due to this partnership, Lucknow was able to make a good score.

Completed half century before Rahul

Rahul had come out as an opener and Hooda came to bat at number-5. But Hooda completed fifty before Rahul. He completed his second half-century of this season in 31 balls. He completed fifty runs by taking one run in the third ball of the 15th over. But after that he got out immediately. Romario Shepherd sent him to the pavilion. With this, his and Rahul’s 87-run partnership came to an end. Hooda faced 33 balls and hit three fours and three sixes.

first time did this

Batting first, on the basis of this partnership, Lucknow scored 169 runs for the loss of seven wickets in 20 overs. Captain Rahul played an innings of 68 runs for which he faced 50 balls. Rahul hit six fours and a six in his innings. In the last, Ayush Badoni scored 19 runs off 12 balls. Jason Holder remained unbeaten on eight runs. Krunal Pandya could only score six runs. Sundar took two wickets for Hyderabad. Shepherd and T. Natarajan also had two successes each.

Also read-IPL 2022: CSK has no plan, will be out of playoff race after losing a match, Dhoni’s best friend raised questions!