Deepak Chahar missed ‘sixes’ in his own music, his condition became thin in front of his wife, see VIDEO 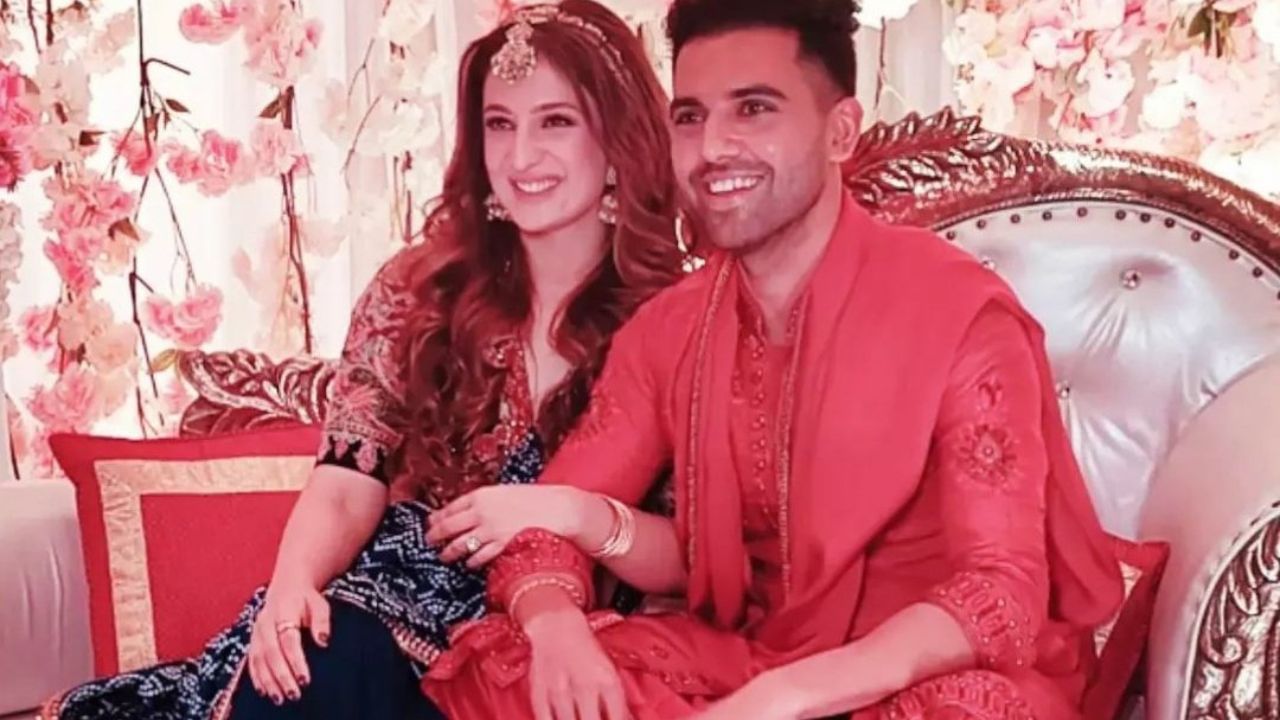 Team India and Chennai Super Kings (Chennai Super Kings) Star fast bowler Deepak Chahar has recently started a new innings of his life. Earlier this month (Deepak Chahar) He married his girlfriend Jaya Bhardwaj with great pomp in Agra. Chahar has since shared many pictures and videos of the wedding on social media. Recently he shared the video of his music and told how much pressure he was under in this marriage. Fans liked Chahar’s video a lot and commented fiercely on it.

The two were seen dancing together in the music video. Deepak was looking very uncomfortable. There Jaya was dancing freely. Both danced on the song ‘Akele Hai Mr Khiladi’ from Akshay Kumar’s hit film ‘Khiladi’. At the same time, Jaya performed on the song Boli Chudiyan from Kabhi Khushi Kabhie Gham. Sharing the video, Deepak wrote in the caption, ‘Dancing this dance felt more pressure than a cricket match.’ Some fans commented on Deepak Chahar’s video and advised him to go to Bollywood because he was very impressed after seeing his dance.

Proposed to Jaya during IPL

During IPL last year, Deepak Chahar proposed Jaya on the field. After the match against KKR, Chahar went to the stands and proposed to his girlfriend who came to watch the match. This video became quite viral on social media. Chahar is currently recovering from injury. He is undergoing rehab at the National Cricket Academy. He had suffered a back injury. Due to injury, he could not take part in the 15th season of IPL. Deepak was roped in by Chennai Super Kings for Rs 14 crore in the mega auction.

CSK was ranked ninth in the points table

In the absence of Deepak Chahar, the condition of Chennai Super Kings was miserable. In the 15th season of IPL, CSK’s team was at number nine in the 10 team points table. Ravindra Jadeja was the captain of the team at the beginning of the season, but after consecutive defeats, Mahendra Singh Dhoni was given the captaincy of the team.