Deepak Chahar did wonders in batting, then got praise from MS Dhoni, this special thing written in the message 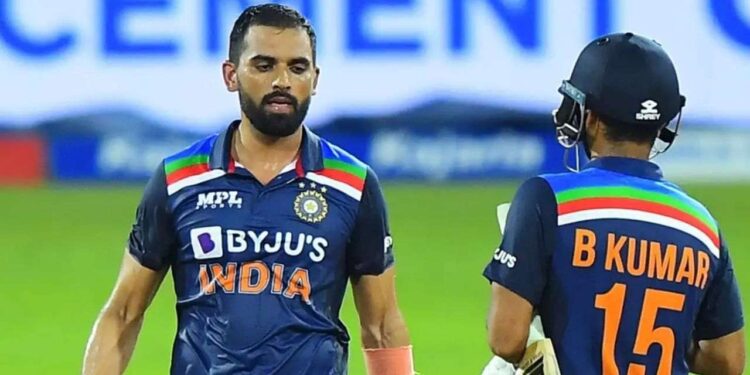 Deepak Chahar was not selected among the main players for the T20 World Cup to be held from next month. Although they are included in the reserve.

Deepak Chahar holds the record for the best performance in T20 cricket from India.

Fast bowler Deepak Chahar made a mark on the tour of Sri Lanka a few months ago with his bowling as well as batting. He played an unbeaten 69 in the second ODI against Sri Lanka and helped India win the series. He shared an 84-run partnership for the eighth wicket with Bhuvneshwar Kumar. After this performance, Deepak Chahar got praise from Mahendra Singh Dhoni. Talking about this to the website of Chennai Super Kings, he said, ‘Finally I got a chance to bat in a match and I took advantage of it. Wickets were falling when I was wearing a pad and then my number came. I was not thinking of winning the match then. I was thinking of playing all the overs only so that the match goes through. Then when the match passes, anything can happen.

Deepak Chahar faced bowlers like Wanindu Hasaranga and Dushmanta Chamira in a good way during this match. Regarding this, Chahar said, ‘I started playing very defensively. I remember I didn’t even hit some full toss balls. In that match, I was playing according to the situation. I was taking a risk against a weak bowler from the opposing team. Hasranga and Chameera were bowling very well so my aim was to play their balls and target the rest. This bowler said that he was looking at the scoreboard from time to time while batting. Then make risky shots according to the need. He said, ‘After every over I was looking at the scoreboard. After each over I was checking how many balls were left, how many runs were needed and should I take a risk? When the runs became more than the balls, I took a few shots.

This 29-year-old player later got a message from Dhoni. In this his batting was praised. Regarding this, Deepak Chahar said, ‘MS Dhoni messaged me. It was written that Well Played. For me this was a big deal. He always trusted me as a batsman. Even promoted in a CSK match. Deepak Chahar was not selected among the main players for the T20 World Cup to be held from next month. Although they are included in the reserve. However, he will be seen playing for CSK in the second half of IPL 2021.

read this also: 9 bowlers could not do anything together, this batsman created such a furor, at the age of 17, such a stormy century is amazing 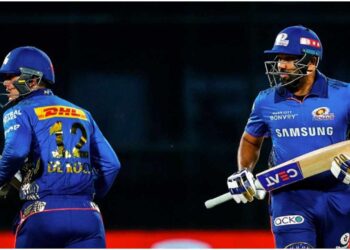