Cricket’s shortest match! Team all out for just 7 runs, the target was chased in the blink of an eye 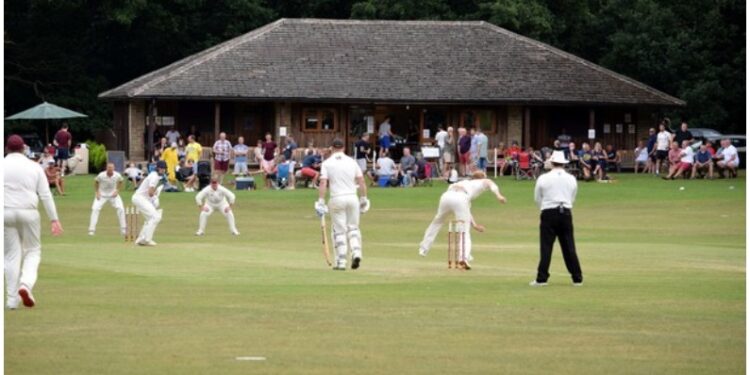 Suppose you are just preparing to watch the match. And the result of the match came out. This match also remained the same. The target of 8 runs was chased in a pinch.

By the way, T20 is the shortest format of cricket. But if we talk about a little more, then there is also T10. But, this match was much shorter than that. Suppose you are just preparing to watch the match. And the result of the match came out. This match also remained the same. If we talk about the shortest matches in every level of cricket, then surely this match can be mentioned. In T10 also 120 balls are played by combining both the innings. But here both the innings ended in just 56 balls. This short match of cricket was played in the Division Four match of Yorkshire Premier League running in England. This match was between Easterington Club and Hilum & Monk Friston Cricket Club.

In the match, Hilum and Monk Friston Cricket Club came out to bat first. What happened then was certainly astonishing. In the score board of the team, less wickets were seen adding more. The batsmen were in a hurry to get out. They were coming to the crease by saying to each other that you have come. Easterington Club did not even need their third bowler. Only two of his bowlers killed 10 batsmen of Hilum & Monk Friston Cricket Club. The entire team played 8 overs to play but the run got all out for just 7 runs. 8 batsmen could not even open the account. Two batsmen of the team scored 2-2 runs. While 3 runs got extra. Easterington Club bowler Nathan Krieger dismissed 7 batsmen alone for 3 runs in 4 overs.

7 runs target to win, game over in a pinch

Now it was the turn to chase the target of 8 runs required for victory. And this work was completed very neatly by the openers of Easterington in just 1.2 overs. That is, he scored 8 runs in 8 balls. In this way they registered a big win by 10 wickets. One of his batsmen, James Kendra, faced all 8 balls single-handedly and scored 7 runs with a four. While one run came from extra.