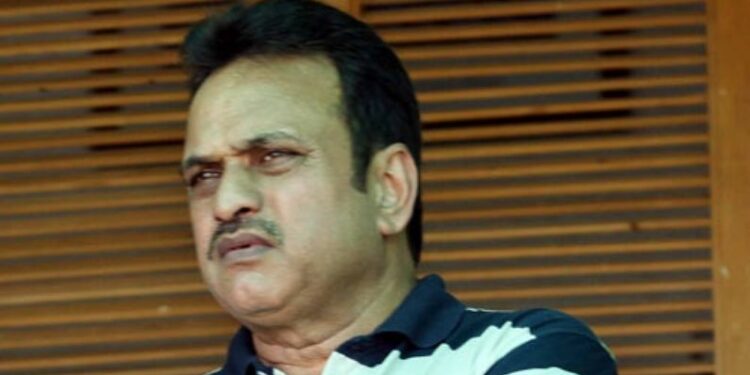 All the big leaders including Uttar Pradesh Chief Minister Yogi Adityanath and the country’s Sports Minister Anurag Thakur have expressed grief over his death.

Yashpal Sharma, a former Indian cricketer and part of the 1983 world winning team, died of a heart attack on Tuesday. Yashpal Sharma has played 37 Tests and 42 ODIs for India in his career. He was just 66 years old. There is a wave of mourning in the sports world after his death. All the big leaders including Uttar Pradesh Chief Minister Yogi Adityanath and the country’s Sports Minister Anurag Thakur have expressed grief over his death.

Uttar Pradesh Chief Minister Yogi Adityanath tweeted, “Very sad to hear about the demise of Shri Yashpal Sharma ji, an eminent cricketer and a member of the 1983 World Cup winning Indian cricket team. Praying to Lord Shri Ram to grant the departed soul a place at his feet and strength to the bereaved family members to bear this unfathomable loss. Peace!’

Sports Minister Anurag Thakur tweeted, ‘Yashpal Sharma was the second highest run-scorer in the 1983 World Cup. He was also an umpire and national selector. His contribution can never be forgotten.

Let us tell you that Yashpal Sharma’s debut in international cricket was in the year 1978 from the ODI match played against Pakistan in Sialkot. After this, the very next year, he also played his first Test match against England at the Lord’s ground, which is called the Mecca of cricket. Sharma played his last ODI in the year 1985 against England in Chandigarh and the last Test match against West Indies in Delhi in 1983. He has scored 1606 runs in Test cricket with 2 centuries.

Yashpal Sharma was the hero of 1983 World Cup victory

International cricketer Yashpal Sharma was the hero of the 1983 World Cup victory. He played an innings of 89 runs in the opening match and wrote the script of West Indies’ first defeat on the World Cup pitch. At the same time, he was the top scorer of the team by scoring 61 runs in the semi-final. His six on the leg side on a ball like Bob Willis’s yorker is still one of the memorable shots in cricket history.

Yashpal Sharma’s career was made after Dilip Kumar’s recommendation from BCCI, then won the World Cup