Corona’s shadow has deepened over Tokyo Olympics, now South Africa’s football team is in the grip 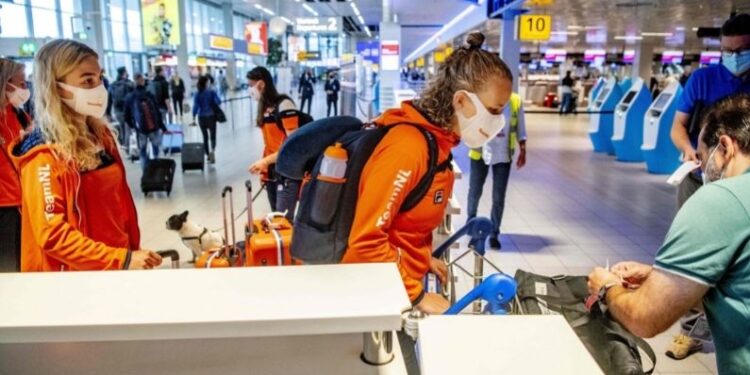 The Olympic Games will start on 23 July but will be held in empty stadiums as the virus cases are increasing continuously in the capital of Japan.

Athletes are reaching Tokyo for the Olympic Games

Before the Tokyo Olympics, cases of Coronavirus are continuously being reported. South Africa’s football team has also been hit by it after three athletes were found positive in the sports village. Three players of the team have been confirmed to be infected. However, this team has not yet reached the Olympic Games Village. Apart from three players, video analyst Mario Masha has also been found positive.

The Tokyo Olympics are going to start on 23 July. There is a constant threat of corona on these games. The citizens of Japan are also opposing the Games, but the organizers are confident about its successful organization. IOC President Thomas Bach says that the number of corona cases is not to worry about.

The Football Association of South Africa confirmed on Sunday that the players of the team have been found to be Corona positive. The team manager said, ‘Three members of our team have been found corona positive, including two players and an official. The team is screened everyday. All three had fever after which corona test was done and they were found positive. After this the entire team has been quarantined and the result of all will come on Sunday. The team had to miss five training sessions due to these cases.

So far three cases have come to the fore

A total of three players, including two players living in the Olympic Games Village, have been found positive for COVID-19. The Tokyo Olympic Organizing Committee gave this information on Sunday. This has created apprehension about the successful conduct of the Games starting from 23 July. This is the first time that the players living in the sports village have got the infection. The identities of the players have not been revealed by the organizers. The third player is staying in the hotel designated for the games.

Sehwag, who was filmed for this veteran who rained fire with the ball, said this dialogue and did a birthday wish