Coach angry with England’s defeat in ODI and T20, said – there will be changes in the team, will bring new faces 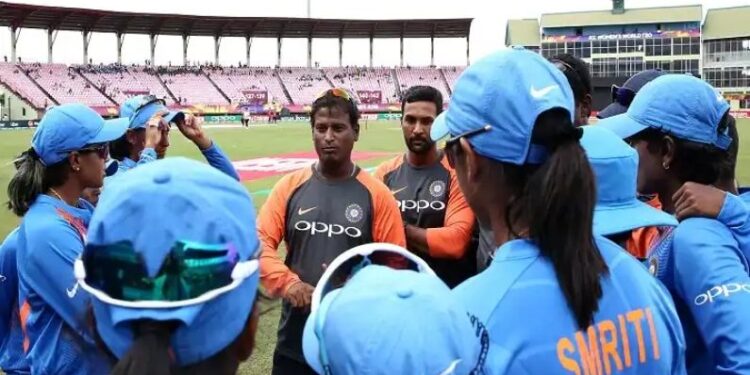 The Indian women’s team lost the ODI and T20 series by equal margin of 2-1 during the tour that ended on Wednesday. During this, his batting of the middle order was worrying.

Indian women’s cricket team coach Ramesh Powar said after losing two consecutive series against England that there is a need to bring a change in ideology for the team to become fearless in limited overs cricket. is. The Indian women’s team lost the ODI and T20 series by equal margins of 2-1 during the tour that ended on Wednesday. Coach Ramesh Powar talked about changing the mindset or bringing in some fresh faces in the batting middle order who can be adapted to the nature of the team. Barring one-day captain Mithali Raj, batsmen like Harmanpreet Kaur, Deepti Sharma, Tania Bhatia and Poonam Raut struggled to score runs. Mithali’s strike rate was also not very effective.

Powar said at the end of the series, ‘Mithali is batting well but we need support from at least one more batsman to put pressure on the opposition in the middle overs after the power play.’ Powar, however, believes that a change in ideology will take time and cannot happen overnight. This former Indian off-spinner said, ‘We have to be fearless. I can’t force him in the very first series. They are playing with an ideology and we cannot radically change it. We have to assess what suits them. To get him out of this situation (slow batting in the middle overs) we have to convince him and it will require a lot of communication. Modern cricket is played fearlessly.

Powar said – the efforts so far have been unsuccessful

Powar admitted that efforts to mold the players have so far gone in vain. He said, ‘There are two ways. Either they (the existing players) should be replaced or other players should be brought in the middle order. This is a common thing. This time we tried some combinations and they were not successful. In future, we can try something new, bring in new players, mold them according to us.

‘Have to make a middle order that can give 250 runs’

Powar indicated that he would try to make full use of the available resources till the 50-over World Cup in New Zealand. He did not take any names but he looked disappointed that apart from Jhulan Goswami, other fast bowlers were struggling to get wickets. He said, ‘Till the World Cup, we have to prepare such a middle order about which we can say that he will definitely give us 250 runs. It all depends on it. Captain, vice-captain, selector and I, we will discuss it. We have to strengthen the fast bowling department. We depend only on Jhulan for performance. He should be supported.

The coach is happy with Harmanpreet’s performance in the last two T20Is, who were in poor form earlier.

read this also: Whom Virat Kohli took in the team after 8 years, he was embarrassed by robbing fours and sixes