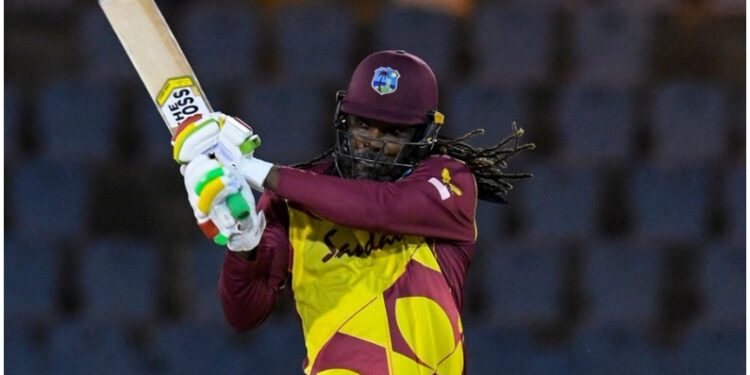 Chris Gayle scored 67 runs in 38 balls in the third T20, which included 7 sixes and only 4 fours.

Gayle became the first batsman to score 14000 runs in T20

It is said that class is permanent. What about the form, it keeps on coming. Chris Gayle’s game was also struggling with poor form. But when questions arose, it became necessary to answer them. 42-year-old Gayle once again reminded everyone with his game that he was, is and will remain the boss of T20. In the third T20 played against Australia, Gayle made such a display of aerial firing from the middle of the field, that he also scored runs and became the king of the new record. He scored his 14000th run in T20 and became the only batsman in the world to do so.

Gayle made 67 runs in 38 balls in the third T20, which included 7 sixes and only 4 fours. Of these, five sixes came in the interval of only seven balls. At first glance, of course, this figure may not match you with Gayle’s game. But when you know that the left-handed explosive batsman reached 67 when he had only 32 runs in 28 balls, then you will definitely be stunned. During this he completed his fifty off 33 balls.

In the Gayle series, Australia’s best bowler Josh Hazlewood scored 3 fours and 1 six in an over. At the same time, spinner Adam Zampa hit 3 consecutive sixes in an over. While scoring these 3 sixes, he also became the first batsman to complete 14000 runs in T20 cricket. He became the third player to complete 1000 T20 runs even at the age of 40. He also became the oldest cricketer to score a half-century in T20 Internationals. The special thing is that the half-century with Gayle’s bat has happened after 5 years. He last scored 50 plus in T20 against England in April 2016. Although it is also true that Gayle was participating only in T20 leagues around the world for a long time and was keeping distance from T20 cricket for the national team.