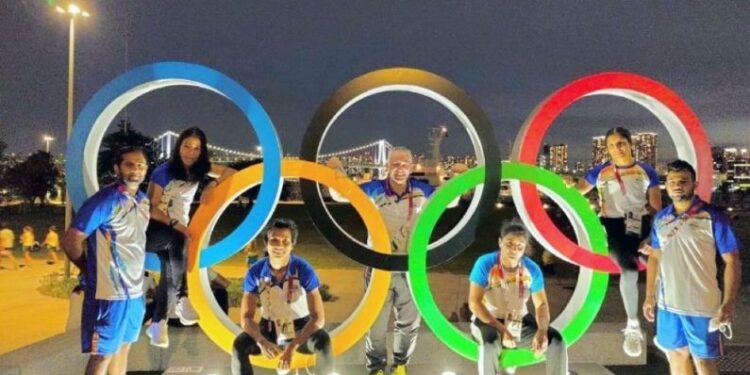 125 athletes from India are participating in different events in Tokyo Olympics 2020, which is the largest Indian contingent ever in Olympic history.

125 athletes from India are participating in the Tokyo Olympics, which is the largest Indian contingent ever. (Photo: Twitter/BFI)

The wait for Tokyo Olympics 2020 is over and competitions and medal races have started in the world’s biggest sporting event. A huge contingent of 125 athletes has participated in the 32nd Olympic Games being held in Tokyo and India’s campaign in archery is starting from 23 July. Not only the big contingent, but this time the expectation among the Indian athletes is also huge. India is a contender for the gold medal in many sports and it is expected that this time the Olympics will be the best performance in Indian history. In this hope, the Indian Olympic Association has decided to honor the players with cash prizes even before the start of the competitions.

The IOA has decided to honor every athlete participating in the Olympic Games from winning a medal. Just a day before the opening of the Games, the IOA’s advisory committee recommended awarding the winners. According to this recommendation, a cash reward of Rs 75 lakh will be given to the athlete winning the gold medal in the Tokyo Olympics. On the other hand, winning the silver medal will be rewarded with a reward of Rs 40 lakh and the bronze medalist will be awarded Rs 25 lakh.