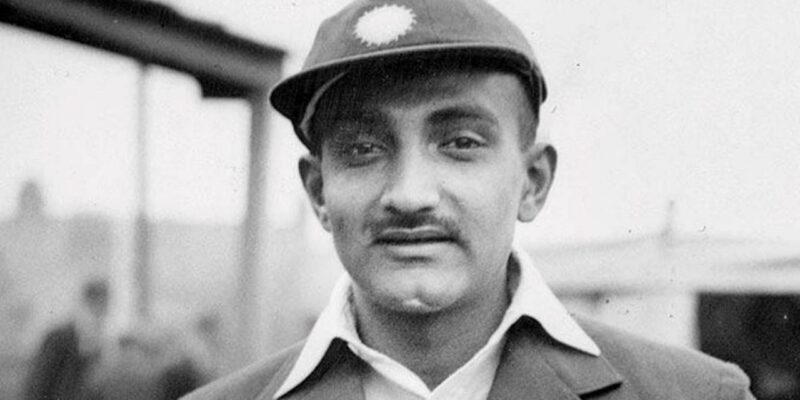 Vijay Merchant played 10 Tests for India and scored 859 runs at an average of 47.

Indian cricket history has always been full of brilliant batsmen. Since the beginning of cricket in India, this century has filled the pages of cricket books with the charismatic innings of great batsmen like Sachin Tendulkar, Virat Kohli and Rohit Sharma. If any name is taken in the legacy of these great batsmen, it is Vijay Merchant. Before independent India, the biggest batsman and most famous name of Indian cricket was Vijay Merchant. On the strength of his batting, Merchant had caught the attention of the legends of world cricket and brought recognition to the Indian team. Today is the birth anniversary of the same Vijay Merchant.

Vijay Merchant was born on 12 October 1911 in Mumbai (then Bombay). Vijay Merchant was born in a merchant family. His real name was Vijay Madhav Thakrese, but when he told about his family when asked by the teacher in the school, he said that he belonged to the merchant family and from there the name Merchant started in front of Vijay. He made his debut in domestic cricket in Bombay itself and soon after scoring runs there, he soon got a call from the Indian team. He was selected in the team against the England team that toured India in 1933. This was the first test match played on Indian soil.

Although Merchant’s Test career lasted for 18 years, he could play only 10 Test matches during this period. Cause- World War II. He could play only 6 Tests within 3 years after his Test debut. The Indian team was new to international cricket at that time. Merchant scored his first century in the 1936 Manchester Test. While opening, Merchant batted tremendously in India’s second innings in the match and scored 114 runs. He shared an opening partnership of 203 runs with Mushtaq Ali.

After World War I, Merchant had the opportunity to go on a tour of Australia, but poor health took away this opportunity from him. On his departure to Australia, batting great Don Bradman said that his team was not lucky enough to not get a chance to see the best Indian batsman playing in the form of Vijay Merchant.

The ‘Bradman’ of Indian cricket, 11 double centuries in 69 innings

Merchant’s notable achievements include his last Test century, which made him the youngest Indian batsman to score a Test century. He joined England in 1951.

Such was the career of Vijay Merchant

Merchant’s career may not have lasted long, but as long as it lasted, it was very special. He played only 10 matches in his 18 year long Test career. The special thing is that all these matches were played only against England. He scored 859 runs in 18 innings, including 3 fifties and 3 centuries and averaged 47.72. Not only this, in 150 first-class matches, Merchant scored 13470 runs, which included 45 centuries and 52 half-centuries. He also took 65 wickets including a hat-trick. Vijay Merchant died on 27 October 1987 at the age of 76. In his memory, the BCCI started the Under-16 cricket tournament, which was named Vijay Merchant Trophy.

Also read: IPL 2021: Foreign bowlers did wonders for poor teams, this legend was at the fore in the race for wickets

What is Gatishakti National Master Plan which will be launched by PM Modi, ‘Make in India’ products will get a boost