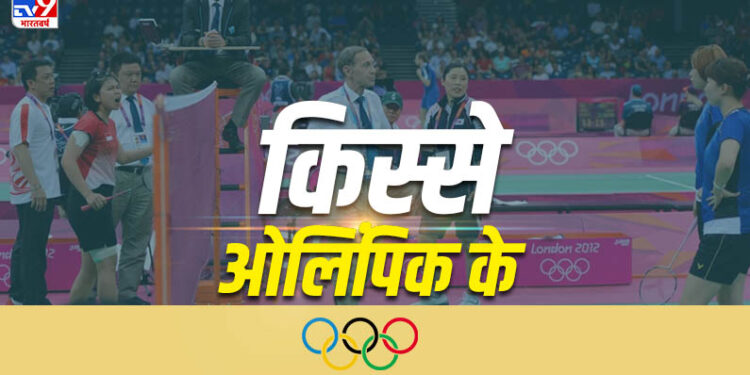 The badminton event of the London Olympic Games was embroiled in controversy. Eight players from three countries were accused of deliberately losing the match, which was proved correct.

Eight players were trapped in fixing in the London Olympics

The Olympic Games have also not shied away from fixing. In the 2012 London Olympics, women badminton players from not one but three countries were accused of match-fixing. This player lost intentionally not for the money but to win the medal for his country. In the last installment of Tales Olympic, today the story of the biggest fixing scandal of the Olympic Games, which surprised everyone.

At the Olympic Games in London, the Badminton World Federation alleged that eight doubles players deliberately underperformed in a round-robin match so that they did not face strong rivals in the knockout stages. Initially the players had denied any such thing but later the truth came out. Out of the eight players named, two teams were from South Korea, one team from China and one from Indonesia. This also hurt the Indian challenge and the Indian women’s pair of Jwala Gutta and Ashwini Ponnappa were eliminated from this Maha Kumbh.

Suspicion arose from the defeat of China

These matches were doubted when the Chinese team easily lost to the South Korean team. Their plan was for China to win the gold and silver medals, but this was only possible if the Chinese pair lost the match. With this, he does not have to face his compatriot pair before the semi-finals. On the other hand, the South Korean and Indonesian pair also did not want to face the Chinese pair in the quarter-finals. BWF had disqualified all of them.

In Group A, the top seeded pair of China Yu Yang and Wang Xiaoli were up against the unseed pair of Jung Kyung and Kim Ha Na of South Korea. The Chinese pair lost this match by a huge margin. During this, the fans also accused the players of fixing. The match officer himself had complained about the matter. The Chinese pair did not want to face the other Chinese pair of Tina Qing and Zaho Yuleni in the quarterfinals. The pair finished second in Group D. In such a situation, the pair of Yu and Wang adopted a losing method.

At the same time, the pair of South Korea also did not want to play with the Chinese pair in the quarter-finals. In such a situation, the Korean pair also adopted the path of defeat. The longest rally in this match was of four shots. Players deliberately served over the net or threw the shuttle cock wide. On the other hand, South Korea’s third seed pair Ha Jae and Kim Min Jung’s match was between Meliana Johri and Polly Gracia of Indonesia. Both the pair were doing it not to win but to lose. Both the pair reached the quarter finals. Chinese player Yu Yang, who was trapped in this scandal, later retired from the game. The Korean Badminton Association imposed life bans on two coaches following the incident, but the ban was later reduced to two years following an appeal.

China’s chief badminton coach Li Yongbo was quoted by the Chinese newspaper Influential Times as saying that the IOC and BWF are responsible for whatever happened. He said, ‘I agree that Chinese players should be condemned for this and they also deserve punishment, but the IOC and the Badminton Association are also responsible for this to a large extent. Many teams have already expressed their opposition to the round robin format in the London Olympics. The Chinese media also supported this statement.

Sakshi Malik got a chance to go to Rio Olympics in place of Geeta Phogat, gave happiness to disappointed Indians by winning bronze