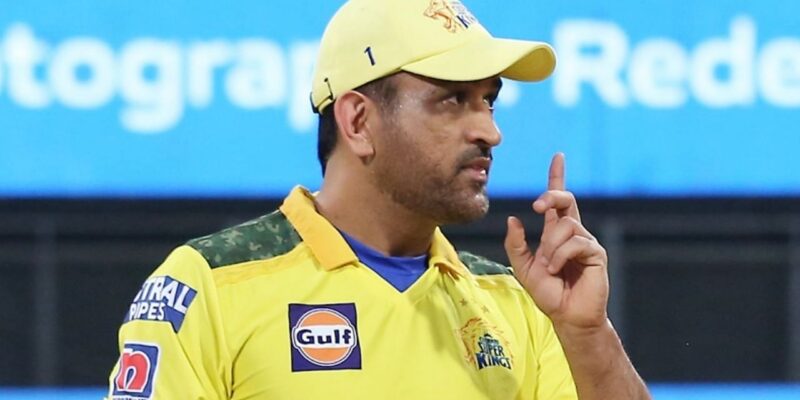 Mahendra Singh Dhoni is the captain of Chennai Super Kings since 2008.

Mahendra Singh Dhoni has not played an IPL match in Chennai after 2019. He also announced his retirement from international cricket in August 2020.

Mahendra Singh Dhoni has indicated to play his last IPL match in Chennai. There was a discussion about the retirement of Chennai Super Kings captain Dhoni for some time, but he said something on his behalf for the first time on 5 October. He clearly indicated that he will be seen playing in the upcoming season and he can be seen playing for the last time in Chennai. Dhoni has not played an IPL match in Chennai since 2019. Talking to the fans on the occasion of 75th year celebration of ‘India Cements’, Dhoni said, ‘As far as retirement is concerned, you can also come and see me play for CSK and this will be my last match. could. You will get an opportunity to bid me farewell now. Hopefully we will play in Chennai and can meet fans there. Meanwhile, a statement has come in this matter from India Cements, the proprietary company of Chennai Super Kings.

According to the Cricbuzz website, an India Cements official confirmed Dhoni’s statement. However, he deferred the question of IPL 2022 being Dhoni’s last season. It has been clarified by the company that Dhoni is not going anywhere at the moment. The officer said, ‘Absolutely we will retain him. He will be in the team next year and who knows who will play for a few more years. Nothing has been decided yet and he has only said that fans can watch his farewell match in Chennai. This should not be taken to mean that next year he will play for the last time. Mahendra Singh Dhoni retired from international cricket on 15 August 2020. Since then, there has been speculation about his playing in the IPL.

Dhoni will be retained

Dhoni, who has turned 40, has not said anything about leaving IPL or Chennai Super Kings yet. The franchisee of Chennai is also fully supporting him. It has been said many times by the franchise that they will retain Dhoni during next year’s auction. If sources are to be believed, CSK will retain three players – captain Dhoni, all-rounder Ravindra Jadeja and opener Rituraj Gaikwad – for the next auction.

Right now the retention policy has not been issued by the BCCI, but in the earlier mega auction, there has been a rule to retain only three players. In such a situation, it has been said from the Chennai franchise that Dhoni will play an important role in making the new team next year. The decision of his retirement can come only after 2022.

read this also: The killing of sportsmanship in the LIVE match, the main agent of the big revolt in cricket, used to learn abuses in Hindi from the Indo-Pak teams

PHOTOS: This is India’s first vertical lift sea bridge, being ready at a cost of 280 crores

Ahead of the festive season, a triple blow of inflation to the common man, LPG, CNG- PNG and Petrol-Diesel prices caught fire