Big news for Indian fans, this cricketer will return from retirement 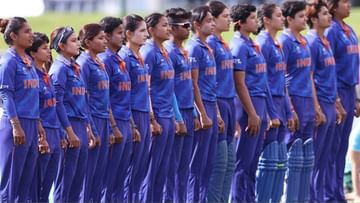 great player of india Mithali Raj Has given great news to the fans across the country. Mithali Raj is about to return from her retirement. Mithali has decided to return for the women’s IPL to be held for the first time this year. This news is a big deal not only for the tournament but for every fan who likes women’s cricket. He will once again get a chance to see this great player batting brilliantly on the field.

The BCCI had announced last year that the first season of the women’s IPL would be played in 2023. Its complete outline was prepared in the important meeting held on the very first day of the year. Five teams are going to play in the first season, for which IPL franchises have also shown interest.

Mithali will return from retirement

Mithali Raj had said goodbye to international T20 cricket in the year 2019 itself. Although she continued to play ODI and Test format matches. Then last year he decided to put an end to his 23-year career. According to news18.com, now that the BCCI is about to start the Women’s IPL, Mithali Raj wants to shine again in the T20 format. For this reason, he has decided to take a U-turn from retirement. Although she will not return to international cricket.

Mithali Raj announced her retirement on June 8 last year. After this, the film Shabaash Mithu, made on his life, was released. Mithali had promoted this film fiercely. During this, he had also indicated his return. Now after seven months of his retirement, he is ready to return.

In July 2022, in a conversation with former England player Isha Guha and former New Zealand off-spinner Frankie McKay on the ICC’s 100% Cricket podcast, Mithali expressed her desire to play in the WIPL. He had indicated to come back from retirement. Mithali Raj had said, “I am keeping that option open. I have not made up my mind yet. There are still a few more months left for the women’s IPL to happen. It would be great to be a part of the first season of the women’s IPL.”