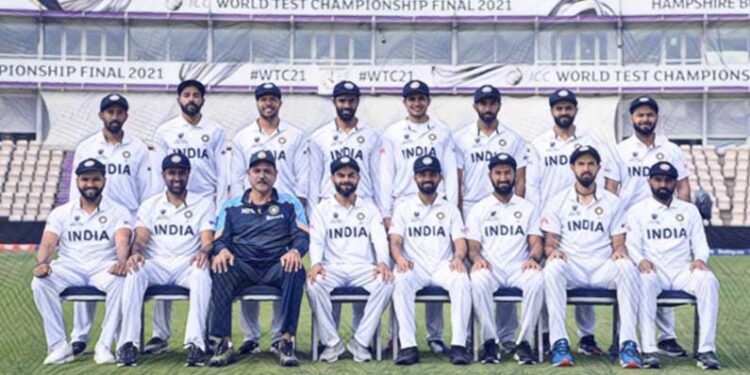 The Indian cricket team present for the Test series in England was given a few days off, after which the players of Team India were spending their time in different places.

The Indian cricket team is to play a five-match test series against England.

The epidemic has also reached the Indian cricket team amid the re-increasing cases of coronavirus infection in England. A member of Team India who went on a tour of England has come under the grip of virus infection, after which this player has been kept in isolation. According to reports, the Indian player was found infected in the recently conducted corona test. Due to this, this player will not reach Durham with the rest of the team, where the Indian players will gather for the practice match to be held to prepare for the Test series. At present, the identity of this member of Team India has not been disclosed.

In England, there has been a resurgence in the cases of corona infection in recent times, due to which the infection had infiltrated the English team as well. 7 members including 3 players from England were found infected. At the same time, the risk of spreading the infection has increased due to the huge crowd of fans gathered during the semi-finals and final matches of UEFA Euro 2020. Now in the midst of all this, the news of the Indian player getting infected has worried the Indian Team Management and the Board of Control for Cricket in India.

english newspaper Indian Express According to the report, this player had complained of sore throat a few days ago, after which he was found infected in the investigation. At present, this player is in isolation at his relative’s house. Along with this, some other players and members of the support staff who came in contact with him were also quarantined for three days, which is over now. For the time being, this member will not be part of the camp in Durham with the team. This Indian player will go to Durham only after recovering from the infection.

After the final of the ICC World Test Championship in Southampton last month, Indian players were given leave of about 20 days, but they were asked to stay in England. In this way the player had gone out of the bio-bubble and will now return to the bubble.

All the Indian players present on the England tour were given the second dose of Corona vaccine there a few days ago. At the same time, the COVID investigation of Indian players started from July 10, which will continue for the next few days. Before the Test series, the Indian team will play a warm-up match against England’s Select County XI in a few days.