Big blow to New Zealand ahead of WTC Final, team’s superstar out of second test against England 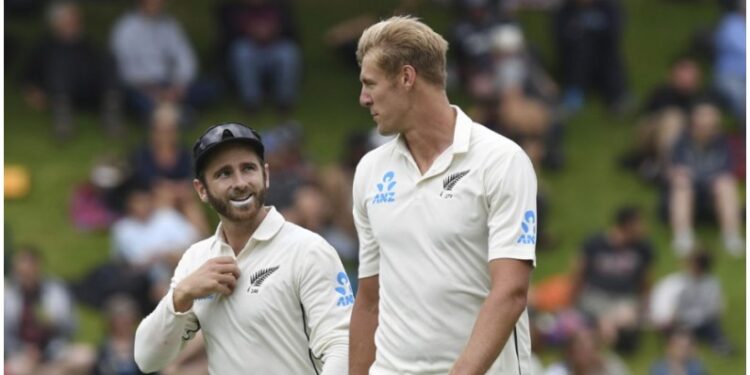 The second match of the ongoing Test series between England and New Zealand will be played from Thursday 10 June at Edgbaston Ground in Birmingham.

Kane Williamson has been ruled out of the Edgbaston Test due to an elbow problem.

Just before the ICC World Test Championship Final against India, the biggest headache has arisen for New Zealand. The team’s most important player and captain Kane Williamson has been injured. Williamson is currently leading the team in the Test series against England, but after the Lord’s Test, Williamson is now out of the second match of the series. The second match of the series between New Zealand and England will be played from Thursday 10 June at Edgbaston, Birmingham, but just a day before the match, this bad news has come for the team. However, it is difficult to say whether it will affect the final of the Test Championship or not.

New Zealand Cricket said in a statement on Wednesday 9 June that Captain Williamson has a problem with his left elbow, due to which he is feeling constant trouble. Due to this, he will not play in the second Test starting on Thursday and will rest. According to the statement, Williamson has been battling this problem for the past few months and due to this he had to be ruled out of the T20 series against Australia in the month of March.

Team coach Gary Stead has told that he was feeling pain while batting, to overcome which he was also injected, but it will be cured only after complete rest. Stead clarified that this decision has been taken in view of the Test Championship final. “This decision has been taken keeping in mind the ICC World Test Championship final to be held in Southampton and we are very sure that he will be fully fit for the match starting on 18 June,” he said.

In Kane’s absence, New Zealand will be led by opener Tom Latham. Latham has so far captained the Kiwis in two Test matches. He captained for the first time against Australia in January 2020, while he also played this responsibility against West Indies in December 2020. Right-handed batsman Will Young has been included in the team in place of Williamson. Young is currently playing in the County Championship in England and has scored two consecutive centuries for Durham.

Also read: Sri Lankan legend Angelo Mathews took leave amid contract dispute, did not go on tour of England with the team, this is the reason