Beijing Olympics 2008: Sushil Kumar was defeated in the first round, know how he won the bronze medal 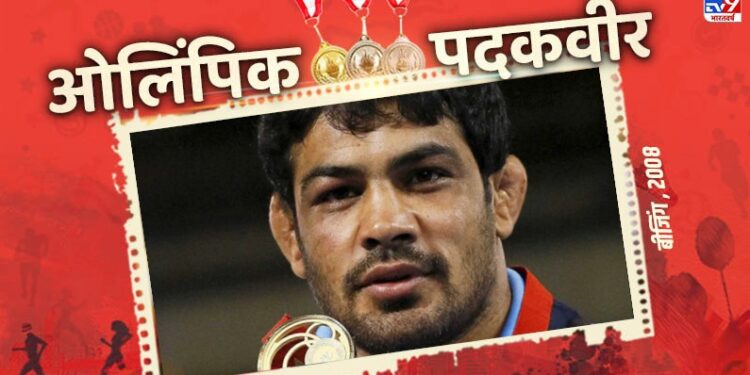 Sushil Kumar won an Olympic bronze in 2008 and a silver medal in the London Olympics 4 years later in 2012. He is the only player from the country to win two medals.

In the year 2019, the World Wrestling Championship was organized in Ko Sultan. Veteran wrestlers from all over the world were present here. The coach of Russia was giving an interview to a journalist. Then someone asked him about India’s wrestler Sushil Kumar. The coach replied saying, ‘He is a lion. In whatever form he is in, there is always a danger for the opponent. He is known as Sushil not Kumar. Almost every wrestler who came here knows him. Sushil Kumar may have been eliminated in the first round in this championship but his dominance did not diminish. Sushil Kumar is the only player from India who has won two Olympic medals.

Sushil Kumar won the bronze medal in the 2008 Beijing Olympics, while he won the silver medal in 2012. Sushil’s name was forever recorded in history after winning silver in the London Olympic Games. He became the only Indian to have won two individual medals at the Olympic Games. Sushil Kumar started training at the age of 14 at Chhatrasal Stadium. He used to train with medal-missing wrestler Satpal Singh at the 1980 Moscow Olympics. It was here that he learned the tricks by which he brought laurels to the country.

Was out in the first round in the Athens Olympics

He won the bronze medal for the first time in the 2003 Asian Wrestling Championships. After this, Sushil could not get the medal in the World Championship held in New York, but his performance was very effective. For this reason, he got a chance to participate in the Athens Olympics. Sushil, 21, was fighting in the 60kg category and was knocked out in the first round by gold medalist Yandro Quintana. He made a comeback in the 2006 Asian Games and won the bronze medal. A year before the Olympic Games, ie in the 2007 Asian Championships, he also won silver.

Opportunity for repechage was found in Beijing Olympics

He had already lost to Andrey Stadnik in the first round in the 66 kg weight category of freestyle at the Beijing Olympic Games. Due to this, his hopes were left on rape. Stadnik reached the final and gave Sushil Kumar another chance to win the medal. Sushil first faced American wrestler Doug Schwab, whom he defeated 4–1, 0–1, 3–2. After that in the next round, he defeated Albert Batarov of Belarus 1–0, 0–4, 7–0 and qualified for the Bronze Maid match. Sushil Kumar played 3 consecutive matches in the duration of 70 minutes. After winning the bronze medal, he told that he did not have any massager. In such a situation, team manager and former Asian Games medalist Kartar Singh had to massage him.

In the bronze medal match against Leonid Spiridonov, Sushil won the first round 2-1 and took the lead. The second round went to the tie breaker and here Sushil Kumar defended himself with his scissor stake and attacked. Despite this, he could not make the round in his name. The third round was also like the second round and again went towards the tie breaker. Sushil lost the toss and Leonid got a chance to choose the position. Sushil Kumar once again chose the Caesar move and played his bets and won from that. This victory won the bronze medal.

Beijing Olympics 2008: Abhinav Bindra created golden history in Beijing, till date no Indian has been able to repeat