Behind the success of Sajan Prakash is the unbroken struggle of a single mother, to meet the child, it was okay to puncture many times 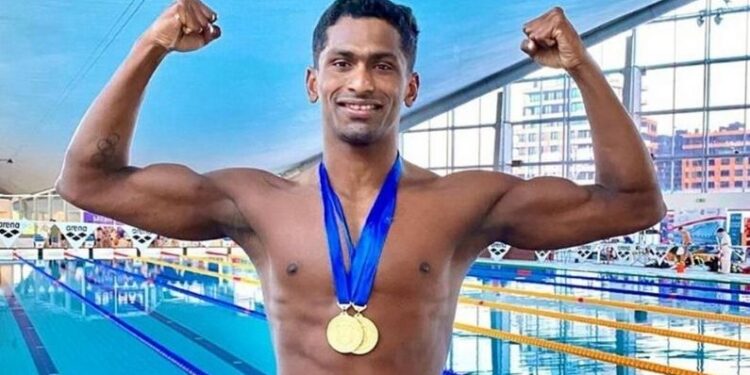 As far as Sajan Prakash has reached today, his mother’s struggle has been huge and she has made many sacrifices for her son.

Sajan Prakash has qualified for the Tokyo Olympics. While getting ‘A’ cut, he had cut the ticket for the Maha Kumbh of the Games. Whole India was congratulating Sajan for this and praising his hard work, but he is not alone in the journey Sajan has traveled. Many hours of hard work of his mother VJ Shantymol is also involved in this. When Sajan was young and was learning swimming in Bangalore, he used to meet his mother every weekend and his mother used to visit him battling all the problems.

His mother used to travel 380 kms overnight from her home in Neyveli and kept three torches in her bag as the bus would get punctured due to bad roads and in such a situation, she used to connect the punctures with these torches as the bus driver. She used to help her and many times used to fix the puncture herself. Meanwhile, there was also a struggle to reach the office in front of him.

There was a fear of getting cut half salary

Talking to the English newspaper Indian Express, Shantyamol said, “I had to reach the office exactly at 8:30 the next morning, otherwise my half-day salary would have been cut. State transport buses used to stop frequently as there used to be tire punctures on that route. The frequent stoppage of the bus was not good for me as I could not reach late. I started traveling with three torches, many times I got off the bus and fixed the punctures myself.

Saajan did not get father’s support. He is raised by a single mother who has been a sportsperson herself. She has been a runner of 100 meters and 200 meters. He participated in the 1987 World and Asian Juniors. They were married in 1992 and Sajan was born in 1992. After a year, his father left him and left. Sajan’s mother said, “Okay. Yes, there was no one from his family to give Sajan a good childhood. His father had left us. To be honest, it is good that he never came back. Living with a drunk and violent man was a daily mental torture. Any girl who marries should find a job.”

Shantymol was able to provide his son with the same facilities as the worker working in the thermal power site. There was an indoor swimming pool. When Sajan was 3 years old, he started swimming from there. When he was 10 years old, he took this game very seriously. His mother said, “He has flat feet, he was flexible. He could run fast and jumped well. He was a good dancer. When I sent him for Bharatanatyam, he insisted on learning Western dance. At the age of 10, he came to know that his mother was nothing and he stopped demanding.

But by working hard, Sajan earned a name in swimming and today he is standing on the threshold of representing India in the Olympics. Sajan’s mother said, “Sajan moved to Bangalore for better swimming facilities. I used to take the bus every weekend at 8:30 pm, reach the next morning and come back the same night.”

This character behind the scenes in Mirabai Chanu’s success, is playing different roles, once wanted to be a big weightlifter himself