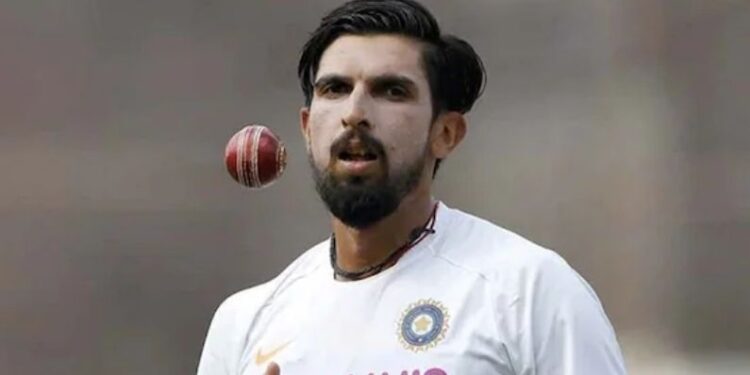 There have been some changes in the rules of the game due to coronavirus and in such a situation the bowlers have also suffered.

There have been many changes in cricket due to Coronavirus. One of these is that bowlers cannot use saliva to shine the ball. When this rule came, there was talk that it would harm the bowlers and benefit the batsmen. Since then this rule is in force and till now bowlers are playing with this rule. Senior India fast bowler Ishant Sharma believes that the ball will swing without saliva in the World Test Championship final against New Zealand and someone from the team will have to maintain it till the end of the match.

Ishant, who has played 101 Tests for India, will take charge of the Indian bowling in the match starting from June 18. He told Star Sports’ program ‘Cricket Connected’, “I think even without saliva, the ball will swing and someone has to take the responsibility to maintain the swing till the end. In these conditions, if the condition of the ball remains good, it will be easier for the bowlers to take wickets.

Ishant, who has taken 303 Test wickets so far, said, “You have to adapt to the change by practicing in a different way. In India reverse swing is available after some time but due to swing in England, the length has to be kept full. You have to make changes according to the length. It is not so easy because it takes time to adapt to the cold weather here.

Ishant has said that due to corona, practice becomes more difficult due to quarantine. He said, “Quarantine makes it more difficult. There is a big difference between practicing at the gym and practicing on the field. You have to adjust accordingly and it takes time.

Will have to do this to save the wicket

Sachin Tendulkar showed the mirror to those who criticized this batsman of the Indian team, said – as much as he has done…