Before the Tokyo Olympics, IOC President issued a warning, saying – Olympic podium will not be used for political 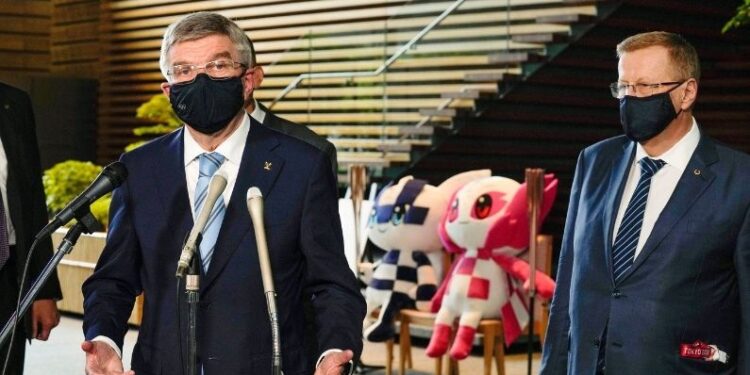 IOC President Thomas Bach has arrived in Tokyo. Before the Olympic Games, he is visiting many venues and visiting them. Olympic Games to start on 23 July

International Olympic Association (IOC) President Thomas Bach has issued a warning to players a week before the start of the Tokyo Olympics. This warning is not about the coronavirus but about expressing political views. Bach says that athletes should not use the Olympic podium in any way for their personal views and political demonstrations or protests. However, players have been allowed to express happiness on the field.

This month the IOC relaxed Rule 50 of the Olympic Charter. After the relaxation given in this rule, players can celebrate in their own style on the field, but here also they cannot do anything that affects the honor of a player or hurts the sentiments of anyone.

Bach told the Financial Times, “The Olympic podium and its medal ceremony cannot under any circumstances become a platform for political protest.” Medal ceremonies are meant to honor the performance of the players on the field. No one can be allowed to have a personal opinion in this. The Olympic mission is to keep the whole world in one place and compete peacefully with each other. This kind of performance leads to division due to which we will never be able to complete the mission.

A day earlier, UK women’s football team coach Hague Rees said her players would kneel before a match at the Tokyo Olympics to raise awareness about racism. For the first time, American football player Colin Kaepernick protested in this way. It has not been told what action will be taken for performing such demonstrations on the field.

In the 1968 Mexico Olympics, America’s Tommy Smith and John Carlos won gold and bronze medals respectively in the 200 meters race. When he stood on the podium, both of them kept their heads bowed and were wearing black gloves in the other hand. Both were standing barefoot on the stage, with a black gloved hand raised. His gesture was to pay attention to the conditions of blacks in America. It is considered the largest political demonstration ever.

IND vs ENG: BCCI will not take action even after Corona! Team India will have to complete Mission England without ‘him’