Before the Test series from India, the England cricketer announced his retirement, career lasted for 22 years 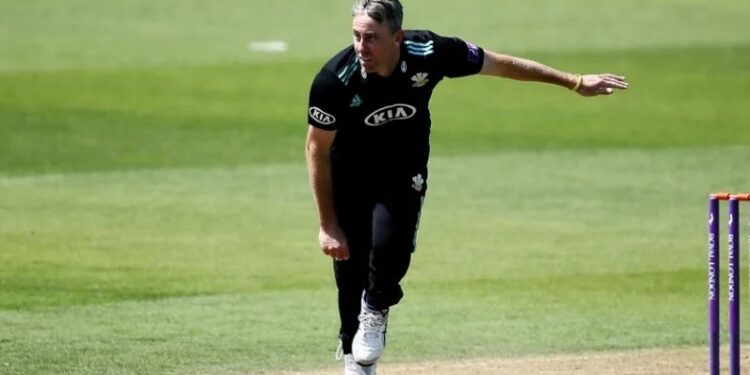 This player played two Tests and 20 ODIs for England. He was playing cricket for the last 22 years and has achieved many successes.

Ricky Clarke has announced to quit cricket at the age of 39.

Ahead of the Test series against India, a senior England player has announced his retirement. This player played two Tests and 20 ODIs for England. The name of this cricketer is Ricky Clarke. He says that he will say goodbye to cricket after the 2021 season. Ricky Clark, 39, played two Tests against Bangladesh in 2003. While in the England team for three years, he played 20 ODIs. But he was out of the team before the age of 25 and could never return again. He was called to the England team at the age of 21. Then in his international career, he made a splash by taking a wicket on the very first ball. But after that the career slowed down. He scored 96 runs in two Tests with the help of a half-century and took four wickets. At the same time, along with scoring 144 runs in 20 ODIs, he took 11 wickets.

Ricky Clarke was very successful in domestic cricket. He won county championships for Surrey in 2002 and 2019 and Warwickshire in 2012. Apart from this, won the Pro40 and T20 Cup for Surrey, T20 Blast for Warwickshire and the Royal London Cup. Played for a short time as captain of Derbyshire in 2008. In domestic cricket, he scored a total of 17,750 runs in First Class, List A and T20. Also took 795 wickets with his media pace bowling. His condition in fielding was also excellent. He took 587 catches. He is currently with the Surrey team and will play the Royal London Cup and County Championship till the end of this season.

What did Clarke say while announcing his retirement?

Announcing his retirement, he said, ‘When I started playing cricket in the year 2000, I did not think that my career would be like this. Making his Test and ODI debut in 2003 will remain the highlight of his career. No one can take away the opportunity to play 22 times for my country and I am very proud of the memories associated with it. I could have played more than that but it didn’t happen. I have played with and against some amazing cricketers in 22 seasons. Some of these have become my lifelong friends. I am lucky to be a part of successful teams and have been with all the domestic trophies winning teams.

read this also: 5 years ago at the age of 19, India was harassed, England called the same player in the team to fight Kohli’s army