Before the series against India, the new captain of Sri Lanka shouted, said – we will give equal competition, no less 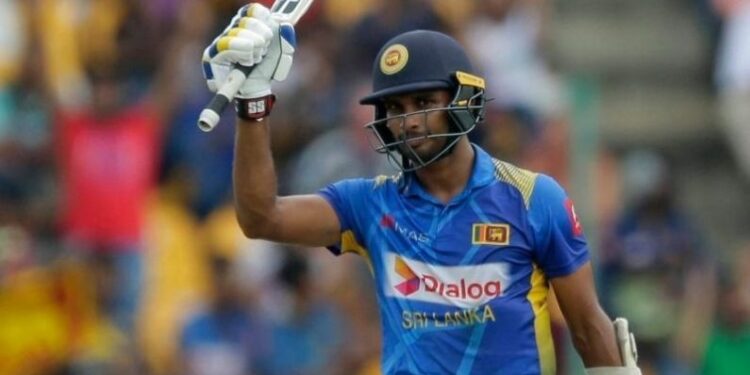 The ODI series between India and Sri Lanka is starting from Sunday and the players of both the teams are eager to prove themselves in this series.

The three-match ODI series between India and Sri Lanka is starting from Sunday. For this series, a different team has been selected from India in which it does not have many key players as he is currently with the Test team in England. On the other hand, if we talk about Sri Lanka, then some of its important players are not in the team due to injury and violation in bio bubble. In such a situation, the Indian team under the captaincy of Shikhar Dhawan is considered to be heavy in this series, but the new captain of Sri Lanka Dasun Shanaka does not think so. He says that there will be a level match between his struggling team and winning contenders India as there are many new players in the visiting team.

Six new players are included in the Indian team that toured Sri Lanka with young players. Shanaka said on the eve of the first ODI against India to be played on Sunday, “Both teams are equally strong before the series. There are many new players in the Indian team. We all know that he has played IPL but he has no experience of international cricket. In such a situation, both the teams have opportunities.

Delay in team announcement will benefit

Shanaka is the 10th captain to lead the Sri Lankan cricket team in the last four years. Sri Lanka on Friday announced a 23-man squad for the limited overs series (three ODIs and three T20 Internationals) against India starting on July 18. Shanaka said that delaying the announcement of the team by Sri Lanka would be beneficial. He said, “Yes, it will benefit us a little, because they (India) have not seen these players in international cricket. I think they have to prepare well for these new players as well. ”

Asked about the challenge of leading the Sri Lankan team at the present time, he said, “Yes, it is always challenging, you are affected by international cricket and external (off the field) problems as well. That’s all that matters, but at the end of the day you have to perform as a team, that’s the main concern of all of us. I am sure the boys will pay attention to it.

Will get experience from Indian series

According to Shanaka, his team will get a good experience after playing against India. “The experience would be great, you want to play against one of the top teams in the world. In such a situation, it would be great to play with India at this time, because we will get a chance to test ourselves. It will be a good tournament for us.

The Sri Lankan team has returned from a disappointing performance on the tour of England. There he did not get success even in a match. The series against India was to start from July 13 but it was postponed till July 18 after the case of COVID-19 infection in the Sri Lankan team.

Who should open with Shikhar Dhawan on the tour of Sri Lanka? The former coach of the Indian team took the name of this young man