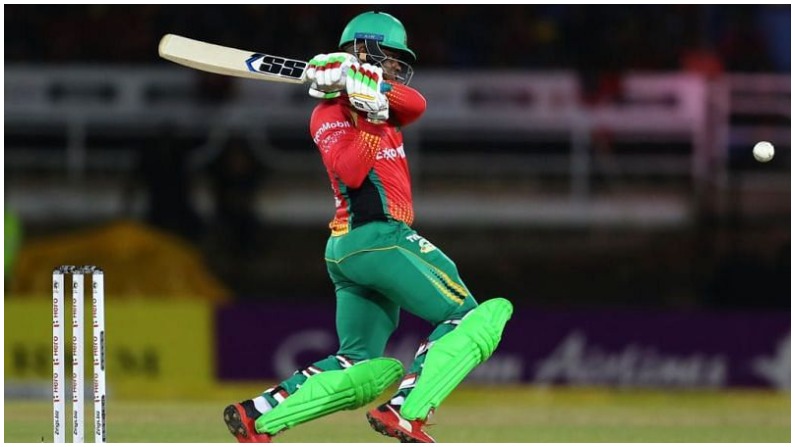 There was a whole army of strong players in Shahrukh’s team. While Dhoni and Pant were friends in the opposing team. If any of them created a storm with the bat, then someone was seen writing the story of victory by making a ruckus with the ball.

There is still time for the second phase of IPL 2021 to start. The thrill of cricket’s biggest league on UAE land will gain momentum from September 19. But, even before that, the explosion of friends of Dhoni and Rishabh Pant has started. He has created panic with both ball and bat in the match played against Shah Rukh Khan’s team on 26 August. Now you will say that when IPL has not started yet, how did it happen? So yes, this match has taken place in the Caribbean Premier League ie CPL. This was the first match of the Cricket League of the West Indies Board, in which Guyana Amazon Warriors competed with Trinbago Knight Riders, a team owned by Shah Rukh Khan. Meaning like King Khan is the co-owner of Kolkata Knight Riders in IPL, so is Trinbago Knight Riders.

In the thrilling match played against Trinbago Knight Riders, Guyana Warriors won by 9 runs. The heroes of this victory also included Dhoni and Pant’s friend, who were playing the match with the Guyana team. If Rishabh Pant’s friend Hetmyer fired with the bat, Dhoni’s 41-year-old friend Imran Tahir played a role in the team’s victory by making a ruckus with the ball.

Guyana Amazon Warriors batted first in the match. The beginning was nothing special. But, even then, the team managed to reach around the 150-run total, then a major reason for this was Shimron Hetmyer, who played with Pant in the IPL team Delhi Capitals. The fire of Hetmyer’s bat was worth watching in the match. The left-handed batsman scored 54 runs in 41 balls at a strike rate of 131.70, which included 4 fours and 2 sixes. Due to this ruckus with Hetmyer’s bat, Guyana’s team scored 142 runs in 20 overs for the loss of 7 wickets and set a target of 143 runs in front of Trinibago Knight Riders.

With strong T20 players like Pollard, Seifert, Munro, Simmons, this target was easy for Shahrukh’s team Trinibago Knight Riders. But Guyana did not have the friend of Dhoni, who showed him missing the ball. Leg spinner Imran Tahir, who played for CSK in IPL, dismissed 2 batsmen for 12 runs in 4 overs in the match. In this, one wicket was of opener Sunil Narine and the other was of Darren Bravo who came to play in the middle order. The other bowlers also bowled amazingly economical and stopped Shahrukh’s team Trinibago Knight Riders before reaching the target. In this way, the new season of the champion of the previous season has started with a defeat. At the same time, Guyana’s team, adorned with friends of Dhoni-Pant, has opened an account in the points table.

Also read: 24 balls, 3 runs and 7 wickets, this bowler made a surprising world record, the ground became the graveyard of the batsmen