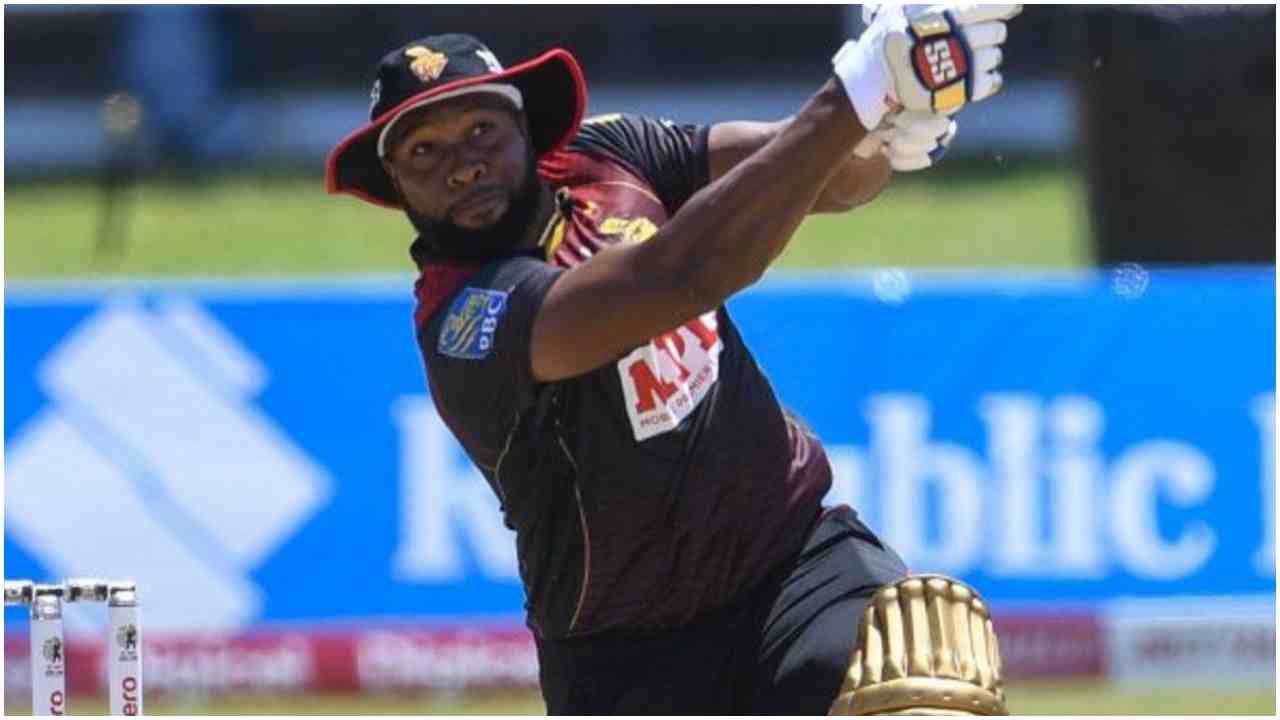 Kieron Pollard has created a ruckus with the bat. Calls have been broken on the bowlers. Only 22 balls have been played in the 20 over match, but have hit the ground.

There is good news for Rohit Sharma. Before IPL 2021, the view shown in the West Indies for Mumbai Indians is amazing. There is a storm on the cricket field. Kieron Pollard has created a ruckus with the bat. Calls have been broken on the bowlers. Only 22 balls have been played in the 20 over match, but have hit the ground. He has hit not one or two but the entire 6 balls at a strike rate of 231.80 i.e. around 232. The match in CPL 2021 was between St Kitts and Nevis Patriots and Trinbago Knight Riders. In this match, Pollard led Trinbago from the front foot and wrote the team’s victory saga while playing amazingly destructive innings.

Patriots team batted first in the match. He scored 147 runs for 7 wickets in 20 overs. Joshua de Silva scored 50 runs off 45 balls for the Patriots. After this Rutherford and Bravo played an innings of 25-25 runs. Ali Khan was the most successful bowler of Trinbago Knight Riders, taking 3 wickets.

Trinbago’s team now had a challenge to score 148 runs in 20 overs to win. But reaching 52 runs, his top 3 wickets fell. But the real thrill of the game of Trinbago was to come now. And, he came in the form of Kieron Pollard, who not only made a big bang while playing the captaincy innings but also pushed the team to victory and took it to the top of the points tally.

Hit the ground off 22 balls by blowing 5 sixes

Kieran Pollard faced 22 balls in 32 minutes of batting. In these 22 balls, he scored 51 runs. Pollard’s bat included 5 sixes and 3 fours in the innings played at a strike rate of about 232. That is, 42 out of 51 runs, Pollard scored through boundaries in just 8 balls. While playing this innings, he also made a half-century partnership for the fourth wicket.

Pollard’s power in CPL 2021 has been seen at a time when IPL 2021 is near. Pollard’s color on the West Indies land is good news for Mumbai Indians sitting in UAE and their captain Rohit Sharma. It is expected that he will come to the UAE and maintain that rhythm in the IPL as well.

Health Tips: To avoid dengue fever, include these things in the diet, it will help in increasing platelets