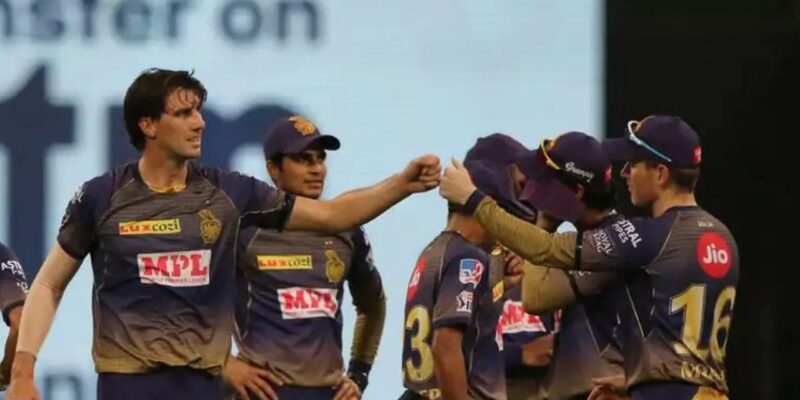 Pat Cummins (left) was taken by KKR for a hefty sum.

Australian fast bowler Pat Cummins has become a father before the T20 World Cup. His fiancee Becky Boston gave birth to her first child last Friday (October 8). Due to this, there was a delay in Pat Cummins joining the Australian team. Pat Cummins’ baby boy has been named Albie Boston Cummins. The Australian cricketer informed about becoming a father through a video blog. The video, posted on Instagram, includes all the footage from Pat Cummins receiving the news of her fiancée’s pregnancy to delivery. The video shows how Cummins learned about becoming a father, how he prepared for the child, how his fiancé took care of himself and got a doctor’s checkup, etc.

Pat Cummins had decided to withdraw from the second half of IPL 2021 due to becoming a father. Also, he did not go on the tour of West Indies and Bangladesh. The players playing T20 World of Australia reached Dubai on 8 October. But these did not include Pat Cummins. He will join the team on the evening of October 12 and then will be quarantined for six days. Some players currently playing in the IPL have also not been able to join the Australian team. These include names like Josh Hazlewood, Marcus Stoinis. Before the start of the tournament, Australia has to play its first warm-up match against New Zealand on 18 October.

Cummins played in the first half of IPL 2021

At the same time, the team captained by Aaron Finch will start their campaign on 23 October with the match against South Africa. Pat Cummins is the vice-captain of the Australia cricket team. His role in this tournament will be very important. He played on the pitches of UAE during IPL 2020 last year. In this sense, he has a lot of experience with the pitches here. He was also a part of KKR’s team in the first half of IPL 2021 but then he went home after the tournament was postponed due to Corona.

Cummins has not played in Australia’s last 18 T20 matches. During this India, New Zealand. There have been series with West Indies and Bangladesh. In such a situation, he is still away from match practice. The 28-year-old last played for Australia in a T20 match against England in September 2020. It remains to be seen how he performs during the T20 World Cup.

Gurugram: Who is spoiling the atmosphere of cyber city in the name of open namaz?

At the behest of the father, the Islamic school gave a terrible punishment to the girl, four male teachers surrounded and beat, the crowd remained spectator