BCCI to earn Rs 4,000 crore from WIPL, CSK opts out of auction 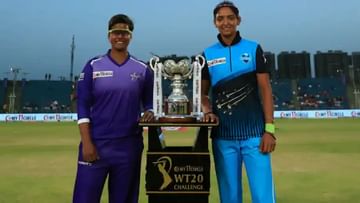 Preparations for the women’s IPL debut are going on in full swing. The BCCI is expected to earn at least Rs 4,000 crore from the women’s IPL auction to be held on Wednesday as top business houses will bid for it. According to market experts, the team can be sold in the auction for between 500 to 600 crores. Earlier, a source who has worked in the auction of men’s IPL teams told PTI before the auction that there is a lot of potential in the women’s IPL. Some bids may cost up to Rs 500 crore or more.

The chances of getting bids above Rs 800 crore are slim. More than 30 companies bought the bid documents for Rs 5 lakh each to buy the teams. These include 10 companies that own the men’s IPL teams. Many big names showed their interest in buying the team. These also include those companies, which failed to buy two new men’s IPL teams in 2021.

Chennai not included in the auction

Among the IPL teams, Mumbai Indians, Rajasthan Royals, Delhi Capitals and Kolkata Knight Riders can show more interest in buying the team. He has bought teams at the global level. There is also news that the Chennai Super Kings auction will not participate in the Gujarat Titans auction. Women’s IPL of 5 teams will be played in Mumbai in March. In the past, the media rights of the women’s IPL were also sold by the BCCI. From 2023 to 2027, Viacom 18 had bought the rights by bidding Rs 951 crore. That is, BCCI will get 7. 09 crores from every match. The digital rights of IPL are also with this company.

Auction of players after team announcement

After the announcement of 5 teams of women’s IPL, players will be auctioned. Players can register themselves for the auction till 5 pm on January 26. 3 base price categories of Rs 50 lakh, 40 lakh and 30 lakh have been kept for the capped players for the auction. And for uncapped players, there are two base price categories of Rs 20 lakh and Rs 10 lakh.