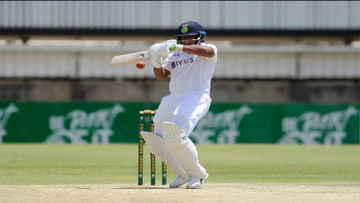 Before Sarfaraz Khan was not selected in Team India, fast bowler Venkatesh Iyer got angry, said – look at the runs, not the weight.

Ever since the announcement of Team India for two Test matches against Australia, a player and the injustice meted out to him have been in constant discussion. We are talking about Sarfaraz Khan, who has created a ruckus in domestic cricket for the last three years, but despite this, this player did not get a place in Team India. Sarfaraz Khan was also unhappy with his non-selection, whereas former Indian fast bowler and former bowling coach Venkatesh Prasad has called it an insult to Indian cricket.

Venkatesh Prasad lashed out at the BCCI and the national selectors, saying that ignoring Sarfaraz Khan for the upcoming Test series against Australia is wrong and is an insult to domestic cricket.

25-year-old Sarfaraz, who plays domestic cricket for Mumbai, is scoring runs continuously in domestic cricket. He scored a century again on Tuesday in the Ranji Group B match against Delhi. This is his third century in this season.

Venkatesh Prasad tweeted against the BCCI, “It is not only injustice to Sarfaraz Khan, but it is also an insult to domestic cricket, as if this platform does not matter, despite his excellent performance in three consecutive domestic seasons.”

Not having him in the Test Team despite 3 blockbuster domestic seasons is not only unfair on Sarfaraz Khan, but its an abuse to domestic cricket,almost as if this platform doesn’t matter. And he is FIT to score those runs. As far as body weight goes, there are many with more kgs https://t.co/kenO5uOlSp

‘Look at the weight not the run’

The former India bowling coach also said that there are many cricketers in the Indian team who weigh more than Sarfaraz. He said, ‘Sarfaraz is fit to score runs. As far as body weight is concerned, there are many who weigh more than that. Sarfaraz has scored 1910 runs in 12 matches at an average of 136.42 in the last two Ranji seasons. Now it remains to be seen when the selectors give a chance to this batsman.