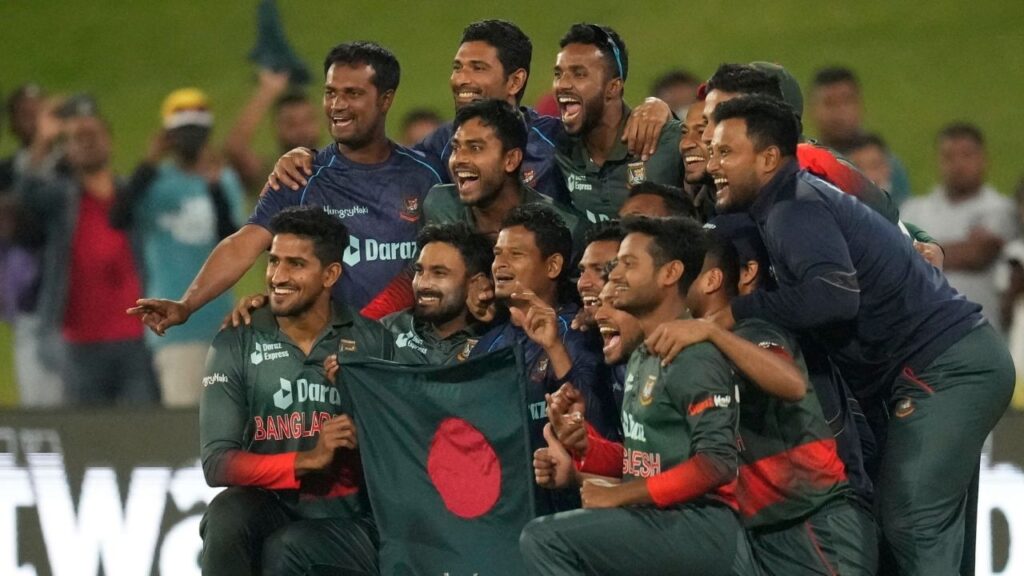 Bangladesh has won a series for the first time in South Africa.

Shocking decisions are not a new thing in the game of cricket. Results are often shown in reverse. Relatively weaker teams beat teams stronger than themselves. This cycle has been going on for a long time and will continue to do so. In the latest episode of this series, the ODI series of South Africa and Bangladesh (South Africa vs Bangladesh ODI Series) The name of this has also been added, in which the historical result was seen. Bangladesh cricket team captained by Tamim Iqbal (Bangladsh Cricket Team) South African team stronger than itself (South African Cricket Team) Surprised everyone by defeating him in the ODI series at his home and also created history. In the last ODI of the series, Bangladesh won the series 2-1, registering a one-sided victory over South Africa by 9 wickets.

Just two months ago, South Africa got an easy victory against India at their home ground. Then India’s stronger and more experienced team was cleaned up by South Africa 3-0. But what about South Africa, no cricket fan would have guessed that within two months, the neighboring team of India will destroy the same South Africa in his house. The special thing is that there was no difference between that team of South Africa and this team.

Bangladesh made a great start to the ODI series by defeating South Africa by 38 runs at Centurion on March 18. This was Bangladesh’s first win over South Africa in South Africa. After five days, both the teams again returned to the same ground and once again Bangladesh created history by beating. Fast bowler Taskin Ahmed, who played a special role in the victory in the first ODI in Centurion, took the field in a more lethal manner this time and prepared the foundation for victory on his own.

On Wednesday 23 March, South Africa batted first at SuperSport Park and no one had any idea of ​​the devastation coming from the way it started. Quinton de Kock and Yanaman Malan (39) added 46 runs in just 6.5 overs. Spinner Mehdi Hassan broke this partnership by dismissing De Kock and with it came the fall of wickets. Fast bowler Taskin Ahmed blew the middle order of the African team. South Africa’s score became 5 wickets for 86 runs. In the end, Keshav Maharaj (28) and Dwayne Pretorius (20) added some runs to take the team to 154 runs. Taskin took 5 wickets for 35 runs in 9 overs. Apart from him, Shakib Al Hasan also took 2 wickets.

Tamim and Litton ended the game

South Africa needed a good start to win, but Bangladeshi captain Tamim Iqbal and his in-form fellow opener Litton Das did not allow it to happen. There was a great opening partnership of 127 runs between the two, which did not give South Africa a chance to come into the match. Litton Das (48, 8 fours) missed the half-century, but Shakib along with Tamim made history by achieving the target in just 26.3 overs. Tamim played a memorable innings of 87 runs (14 fours) in 82 balls and returned only after winning the team.

Also read: ‘IPL 2022 will be exciting for Rajasthan Royals’- Jos Buttler is sure of this reason