Ban before the series against India, Sri Lankan player did charisma on the fourth ball, opened the account with a six 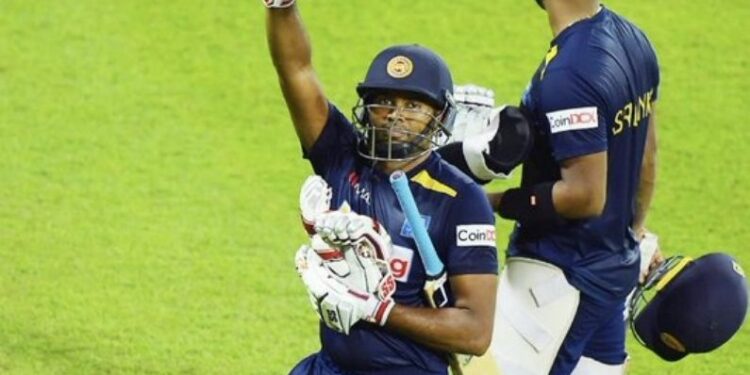 IND vs SL ODI: This Sri Lankan player had hit his first boundary in T20 cricket as well. Now opened the account by blowing six against India too.

Bhanuka Rajapaksa came into the limelight with the Under-19 World Cup in 2010.

During the first ODI against India and Sri Lanka (India vs Sri lanka), a total of three players made their debut for both the teams. Ishan Kishan and Suryakumar Yadav for India and Bhanuka Rajapaksa for Sri Lanka made their first turn in ODI cricket. Sri Lanka’s Rajapaksa started his career in 50-over cricket during this period with a bang. He scored the first run in ODIs by hitting a six. He put this shot on the ball of leg spinner Yuzvendra Chahal. However, Bhanuka Rajapaksa could not play a big innings even though he looked in good colours. He was dismissed for 24 runs in 22 balls with two fours and two sixes. Indian captain Shikhar Dhawan took his brilliant catch off Kuldeep Yadav’s ball.

Bhanuka Rajapaksa came out to bat at number three. After landing here, he batted in an aggressive manner but could not last long in front of the Indian spinners. Rajapaksa had earlier scored the first boundary in the first match of his T20 career by hitting a six. He made his T20 debut against Pakistan in 2019 and hit a six against Shadab Khan. Look at the funny thing that he has hit his first boundary in both the ODI and T20 formats against the leg-spinner. The left-handed batsman has scored 140 runs in seven matches at an average of 28 in T20Is. 77 runs is his highest score. He helped Sri Lanka win the T20 series against Pakistan.

Bhanuka Rajapaksa Start a his One day international in Big Six 🔥 pic.twitter.com/PjUtndtTuQ

Collided with coach over fitness, got banned

The 29-year-old aggressive player played seven T20 matches for Sri Lanka before the match against India. His career so far has been in controversies. Due to fitness problems, he had a tussle with coach Mickey Arthur. Recently, he was not selected on the tour of England due to fitness. Coach Arthur said that Rajapaksa takes big shots but is raw in fielding. In such a situation, he was thrown out of the England tour on the last occasion. Rajapaksa was enraged at this and he spoke very frivolous things against the coach in the media and vented his anger.

After this attitude, Sri Lanka Cricket took disciplinary action against him. He was given a suspended sentence of one year ban. This means that once again a one-year ban will be applied for any wrongdoing. On this condition, he was selected for the series against India.

read this also: IND vs SL: Shikhar Dhawan made a big captaincy record as soon as he stepped into the field, Kohli-Dhoni are not even close