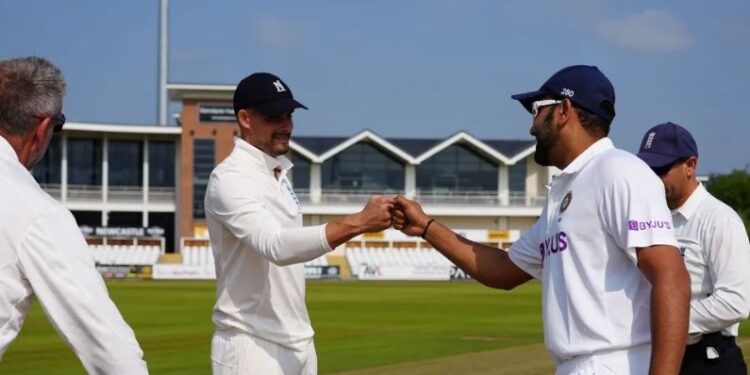 India has to play Test series against England from August 4. Earlier some of his players got injured. At the same time, Rishabh Pant was found to be Corona positive.

Rohit Sharma captained India in the first warm-up match before the Test series.

Three players of the Indian team that went on the tour of England are injured. Captain Virat Kohli, vice-captain Ajinkya Rahane and fast bowler Avesh Khan have been injured. While Kohli’s back is stiff, Rahane has a swollen hamstring on his left leg. Due to this, both of them could not play against County Select XI before the Test series against England. At the same time, Avesh Khan suffered a finger injury while playing against India for County Select XI. Due to this he had to leave the field. At the same time, Virat Kohli and Ajinkya Rahane could not get into the match due to injuries.

The BCCI has issued a statement giving information about the injury of India’s captain and vice-captain. It said that Virat Kohli felt stiffness in his back late on Monday evening. Because of this they are at rest. He was advised by the BCCI medical team not to play in the three-day practice match. At the same time, there was a slight swelling in the hamstring of Rahane’s left leg. Because of this, he had to take injections. He was also out of the practice match for the same reason. The BCCI is monitoring his condition. He is expected to be fit for the first Test against England starting on 4 August.

Avesh Khan has injured one of his finger in the left hand and he is walking to the dressing room. #ENGvIND pic.twitter.com/DCvIMzRU7F

Pant gets corona and Gill hurts his leg.

This news for India has come at a time when wicket-keeper batsman Rishabh Pant was found to be Corona positive only recently. Due to this he remained in isolation for 10 days. However, he is fine now and will be available for the second practice match next week. India’s opener Shubman Gill has already been ruled out of this tour. He had injured his leg. Looking at all this, it seems that some players may be sent to England after the series against Sri Lanka. Among them, the name of Prithvi Shaw is at the forefront. The team management has also demanded about them.

read this also: Two players against Team India in England, came out to play for the opposing team, had to suffer