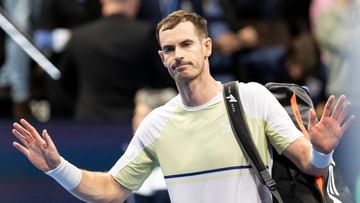 Garbine Muguruza, the runner-up three years ago, lost her fifth match in a row this year, going down 3-6, 6-7, 6-1 to Elise Mertens.

Andy Murray gets his first win at the Australian Open

Andy Murray won five sets in the first round of the Australian Open on Tuesday Matteo Berretini Won 6 – 3, 6 – 3, 4 – 6, 6 – 7, 7 – 6 against. Thirty-five-year-old Murray took nearly five hours to defeat Berrettini, nearly a decade his junior and more than 50 places higher in the world rankings. Three-time Grand Slam champion Murray has defeated a player in the top 20 for the first time since 2017 in a major tournament. The current world ranking of this former world number one player from Scotland is 66.

With the win against 13th seed Berrettini, Murray became only the fifth male player in the Open era to win 50 matches at the Australian Open. Before him, Novak Djokovic, Roger Federer, Rafael Nadal and Stefan Edberg have achieved this feat. Murray’s win-loss record in five-set matches is now 27-13, while Berretini suffered his second loss in nine matches.

Andre Rublev also entered the second round by defeating wild card holder Dominic Theme 6 – 3, 6 – 4, 6 – 2. Theme, who was the runner-up in the Australian Open 2020, could not play much in 2021 due to injury but reached within the top hundred last year. He has been given a wild card by the organizers of the tournament. Now Rublev will face Australian qualifier Max Purcell or Emil Rusuvuori of Finland.